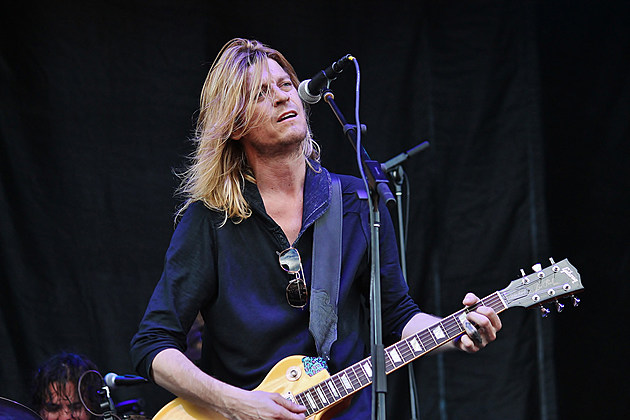 If you’ve followed the career of Puddle of Mudd singer Wes Scantlin‘s in recent years, sadly the headlines have dealt more with his brushes with the law rather than his music. According to TMZ, Scantlin recently added to his arrest record after initially being pulled over for having expired tags on his vehicle and later allegedly being found in possession of a controlled substance.

According to the report, the rocker was arrested in Beverly Hills prior to Christmas. He was initially pulled over for having an expired registration, but things reportedly escalated from there when police realized there was a warrant out for his arrest. The cops searched his vehicle and allegedly found a controlled substance, which led to his trip to jail.

The vocalist was booked on misdemeanor drug charges, and according to TMZ, his bail was set at $51,000. He posted the bail within a few hours.

Scantlin’s year has included an arrest at a Denver airport after he took a joy ride on the baggage carousel and was discovered in a restricted area, a DWI arrest in Minnesota and a DUI arrest in South Dakota. Those infractions follow several years of arrests on various offenses.

Check Out Wes Scantlin in Our Collection of Rock Star Mugshots