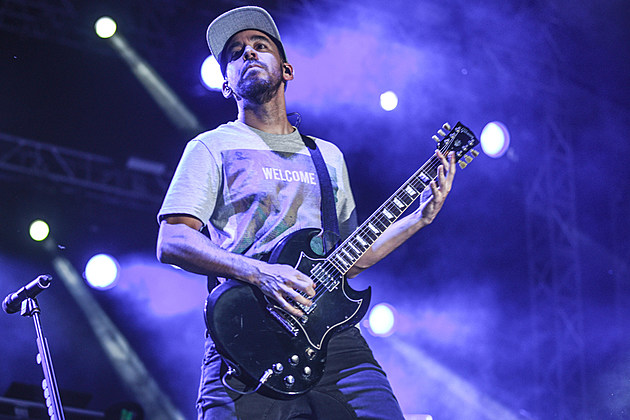 Linkin Park‘s Mike Shinoda has been dealing with a stalker and has recruited the LAPD to help track down the obsessed fan. Shinoda reportedly suspects a number of harassing tweets recently sent to him are allegedly from Tabitha Boccarossa, who believes she is Shinoda’s wife.

Boccarossa was arrested back in 2013 for stalking Mike Shinoda and his wife, Anna. A protective order was issued but Boccarossa violated the order by sending Shinoda letters from prison. The Linkin Park rapper’s latest potential issue with the female stalker has been through Twitter, where someone has reportedly been sending bizarre messages to Shinoda.

According an LAPD search warrant obtained by TMZ, police are asking Twitter to provide all information behind the user in question. The warrant reportedly details Shinoda receiving tweets such as, “Omg, my feet are gross and I want to cry” and “Have you ever not wondered what it was like to miss every emotion you have ever felt and been built from for 30 years?” from the account since October.

If the Twitter user turns out to be Boccarossa, she could face serious repercussions, as Shinoda’s protective order against her prohibits any contact with the Linkin Park musician.