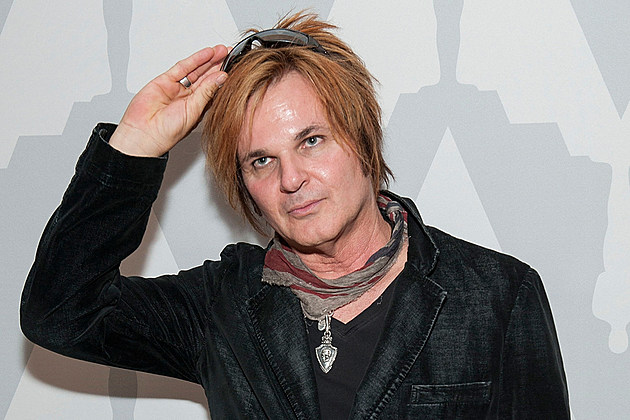 Poison drummer Rikki Rockett revealed during an appearance on the Eddie Trunk Live radio show that he’s completed nine rounds of chemotherapy and seven weeks of radiation treatments after being diagnosed with oral cancer this past summer and that he’ll find out in February if the treatments were successful.

Rockett told Trunk (as transcribed by Blabbermouth), “[In] June, I kind of got sick. I had this horrible cold, sore-throat thing, and they were scoping me and they were doing biopsies, and nothing was coming up. And finally a doctor at USC did a biopsy and took a look and he said, ‘I believe you have oral cancer.’ And what it was is a tumor at the base of my tongue … This is very similar to Bruce Dickinson, very similar to Michael Douglas, similar to Tom Hamilton, as far as I know; I don’t know the details of his. And two adjacent lymph nodes that it kind of … Normally, it does spread to the lymph nodes; that’s typical. That’s how you find out you have it ninety percent of the time.”

Rockett revealed that it was tough, explaining, “I did thirty-five rounds of radiation; it was five days a week for seven weeks, and that kicks your dick into the dirt. But I went, ‘Okay, this is what I’m gonna do. I wanna beat it, so I’m just gonna go head first into this. I’m gonna set myself up where every single day, I do something positive for my health. I’m gonna work out one day, I’m gonna go to therapy one day.’”

He continued, “At the end of the day, it was really the worst thing that you can go through, for me. I’ve had a decent life, you know what I mean? I mean, we all go through our stuff. I’m not saying my life is a bed of roses, but I’m not a war veteran who got this too. I didn’t get my leg blown off and get cancer. Those guys are the guys that are really the heroes and paying for it. So for me, it was just a battle that I had to get through, and I got to the point where I couldn’t really talk. I had, I think, sixteen canker sores in my mouth at one time. And it’s, like, if you could take your throat and turn it inside out and sunburn it… I had to use this stuff called Magic Mouthwash just to drink the water. It hurt so bad, I couldn’t… And I’m still on a liquid diet.”

As for his decision to keep his cancer treatment quiet, the rocker revealed, “I wanted to see how I would do with [the treatment]. And I didn’t want people to maybe come down to USC and [take] spy photos, like TMZ guys or something like that. And I didn’t want anybody talking to my family about it or anything like that. It’s, like, you wanna forget about it when you can. So when I first start to talk about it, [I didn’t want it to be a situation where] I’d be at the mall, and I’m playing with my little girl or something, and somebody would go, like, ‘Hey, man, how’s the throat doing?’ It’s, like, ‘I just forgot about it for the last forty-five minutes and now you had to remind me.’ And everybody has a horror story. ‘Oh, you have cancer? My mom had cancer. She died from it.’ I don’t wanna hear anybody’s horror stories.”

Rockett revealed that all signs are that he’s responded well to the treatment and that he’s hoping to get good news when he goes for his PET scan in February. “I’m just gonna try to put that out of my mind for now and just continue to get better and feel better,” says Rockett. “There’s nothing that looks like it’s there anymore. They’ve gone down, they’ve looked at my throat… But it’s swelled up and it’s hard to tell, but it looks like it’s in remission.”

During the chat, Rockett revealed that his tongue cancer was caused by HPV, which is currently the number one cause of oral cancer.

While Poison were out of action during 2015, Rockett kept busy with the self-titled debut album from his band Devil City Angels.