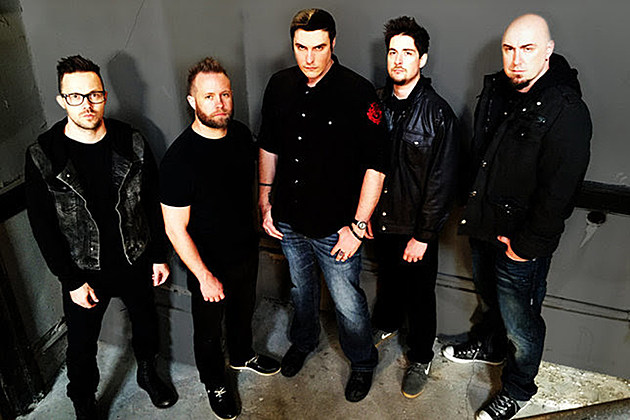 Breaking Benjamin have rocked crowds for a majority of 2015, but the band will start off 2016 on a softer note. The group has announced that the first leg of their touring with Starset in 2016 will find them playing “unplugged” acoustic shows.

The group will play intimate venues, delivering stripped-back renditions of some of their biggest hits and fan favorites. Tickets for the acoustic dates will go on sale to the public this Friday (Dec. 18). Visit the band’s website for ticketing details and check the full itinerary below.

Breaking Benjamin returned to the music scene in a big way in 2015. Their Dark Before Dawn album debuted at No. 1 on the Billboard Top 200 Album Chart back in June. They’ve also seen the songs “Failure” and “Angels Fall” reach No. 1 at Active Rock radio. Both tracks also reached Loudwire’s Cage Match Hall of Fame as well.

Frontman Benjamin Burnley revamped the lineup between albums, and the newly reconstructed band features guitarists Jasen Rauch and Keith Wallen, bassist Aaron Bruch and drummer Shaun Foist. The switch was welcome by fans. Loudwire’s readers voted the Dark Before Dawn album their Best Rock Album in the 5th Annual Loudwire Music Awards. And Breaking Benjamin shows became a hot ticket this past year. Check out their full itinerary, including both “unplugged” and electric shows, below.

Watch Ben Burnley and Other Rockers Pay Tribute to Pantera