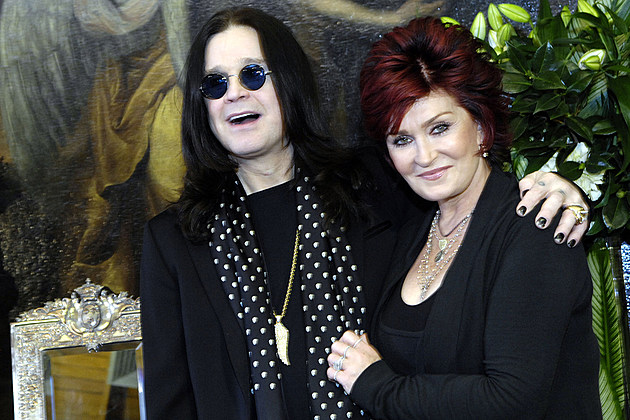 Ozzy and Sharon Osbourne will both guest star in The 7D, Disney’s revamped version of Snow White and the Seven Dwarfs. The couple are reportedly booked to voice the parents of character Hildy Gloom, who has been voiced by Kelly Osbourne since the TV show debuted in 2014.

The 7D currently runs on the Disney XD channel. It’s been extremely successful, being renewed for a second season consisting of 39 new episodes. Kelly Osbourne’s witch character is one of two main villains in the cartoon, who plot to overthrow the queen and rule the land of Jollywood. However, the seven dwarves (or 7D) constantly foil the plans of Grim and Hildy Gloom.

Even villains have parents, so who better to come in and play Hildy Gloom’s parents than Kelly Osbourne’s actual folks. Ozzy and Sharon will take on the roles of the Duke and Dutchess of Drear in the Snow White-inspired cartoon.

“I love that Hildy is such a bully to her husband and such a screamer,” Kelly told TV Guide about her character. “At the end of every recording session, I have completely lost my voice. I feel so fearless when I play her. Hildy is my alter ego — my Sasha Fierce!”

There’s no word on exactly when Ozzy and Sharon’s episode is scheduled to air, but Season Two of The 7D is set to premiere on Jan. 23.