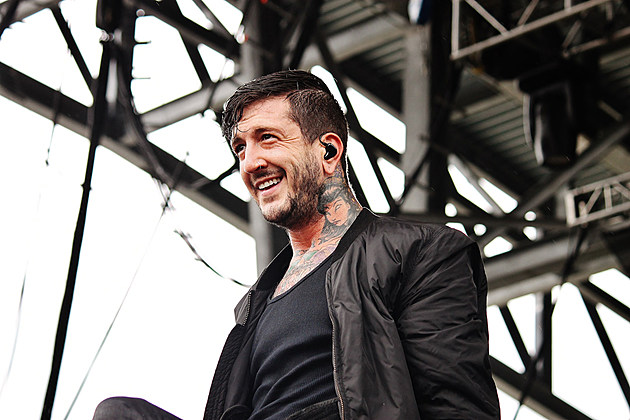 It’s been a rough year for Of Mice & Men frontman Austin Carlile, who began 2015 playing one of the band’s biggest tours to date supporting Linkin Park, but ends the year off the road recovering from surgeries brought about by his continued issues with Marfan Syndrome.

In a new interview with Metal Hammer, Carlile details some of the scary injuries that he was dealing with earlier this year and offers an update on where he’s at in the recovery process.

“Between the Linkin Park tour and our headlining tour in the States was when I started having problems with my rib and my head. In the first few days of our headlining tour, I tore my dural sac, which is a sac membrane in your skull that holds all the fluid in your brain. People would see me grabbing my head and not understand why. That was why. I didn’t tell anybody about it during the tour, other than my band and the tour manager. The tour was too important to us,” says Carlile, who adds of his rib injury, “For the whole tour, any time I would inhale, my rib would pop out of my muscle and re-tear it — and I’d have to pop it back in. The whole tour I was going from spinal epidural to spinal epidural just so I could tour, on top of the dural sac tear, so the tour was rough! I couldn’t even masturbate or have sex with my girlfriend for months!”

Though he was a trooper, eventually Carlile’s body could take no more and the group decided to bow out of the last couple of dates of their tour so that the singer could address his physical issues. He had surgery for both his rib and dural sac early this year and has spent a good portion of the year in physical therapy, with hopes of resuming touring in the new year.

He concludes, “My body’s not ready to be back on the road, which is fine, because guess what I’m doing right now? Physical therapy and writing music, and this next album… I thought I had ammo for the last one, but on this one it’s tenfold! It’s awesome to have something like Of Mice & Men to pour these experiences into and to share my story with people that are dealing with that same stuff.”

Stay tuned to see what Of Mice & Men have in store musically for 2016.

Of Mice & Men’s Austin Carlile to Undergo Hip + Back Surgery