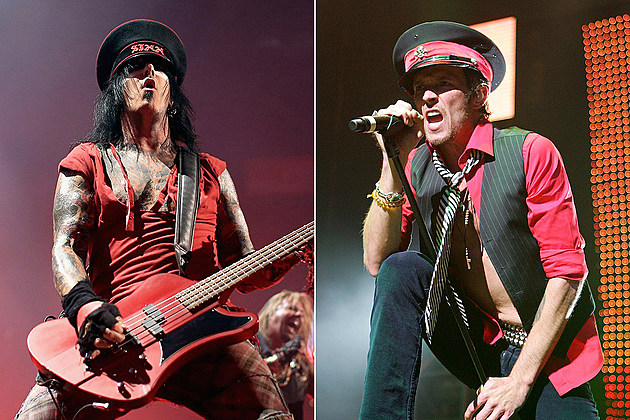 Motley Crue bassist Nikki Sixx was hit especially hard when he learned of Weiland’s death. The iconic frontman had borrowed Sixx’s tour bus and was occupying the same room Sixx himself utilized while on tour. The event is all too eerie, considering the bassist’s history of drug abuse, surviving overdoses and dealing with mental health issues.

Speaking candidly on his Sixx Sense radio show (as transcribed by Alternative Nation), the Crue founder reflected, “I remember the driver telling me that he was going to drive Scott, and I was thinking, ‘That’s cool.’ I said, ‘Say hi.’”

Continuing he added, “Scott took my bus, and was sleeping in the same bed I was sleeping in. And he was found dead on the bus. It’s so crazy to think how close we all are. I’m a recovering drug addict. We believe — he said — he was a recovering drug addict. It’s too close. And the hardest part is, after Scott’s body was removed from the bus, the band was driven back to their home on the bus. Because what are they going to do, walk home?”

Speaking from his similar experiences, Sixx stated, “When rock stars think they’re more important than their fans, that’s when they get in trouble. That’s called ego. You get ego and drugs, and we’ve heard he was bipolar and unmedicated. He had to be so tortured. He had to be in so much pain.”

A toxicology report is expected to surface in the next four to eight weeks, which will reveal what was in Weiland’s system at the time of death. As of yet, there are no details confirming the singer’s exact cause of death.

Motley Crue wrapped up a North American leg of their farewell tour in late October. After heading overseas, the band returned to play their first show stateside on Dec. 4, the day after Weiland had passed. The Crue will be hanging it up for good at the end of 2015, performing their last show of the tour on New Year’s Eve in Los Angeles.

See Scott Weiland and Other Rockers in Their Yearbook Photos