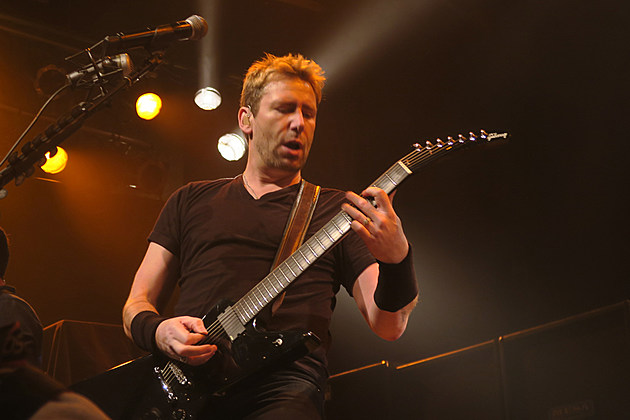 Nickelback have been off tour for a good portion of the year while singer Chad Kroeger recovers from a cyst removed from his vocal cords. And while the band’s fans have collected their refunds from the missed dates, there’s someone else looking to settle up with Kroeger as well. Insurance company Lloyd’s of London have sued the vocalist, claiming that he had a pre-existing condition that he failed to disclose that led to his needing surgery.

The band canceled more than 60 concerts in all and then filed a $13 million claim with the insurance company to help cover their losses. But TMZ reports that Lloyd’s of London are suing to cancel the policy, alleging that Kroeger had a throat condition that he failed to disclose prior to the band taking out their policy

Nickelback dropped off their touring in June so that Kroeger could have surgery, but hoped to return at some point in the tour run. The singer stated, “I am sorry I have to interrupt the party this summer and I am definitely not thrilled with the prospect of being silent for many weeks to come when I could be out there playing for our fans. I am relying on my doctor and his team to help get my voice back in good form as quickly as possible.”

In August, the band called off all remaining dates on their tour in order for Kroeger to complete his recovery. “Most of all, we are sorry to miss our fans out on the road this fall, but Chad’s health, healing and full recovery are what is most important right now,” stated the band. “With the proper amount of time, we hope to have him back stronger and better than ever before. We thank everyone for their support and understanding during this time and look forward to getting back out on the road and playing music for everyone again real soon.”