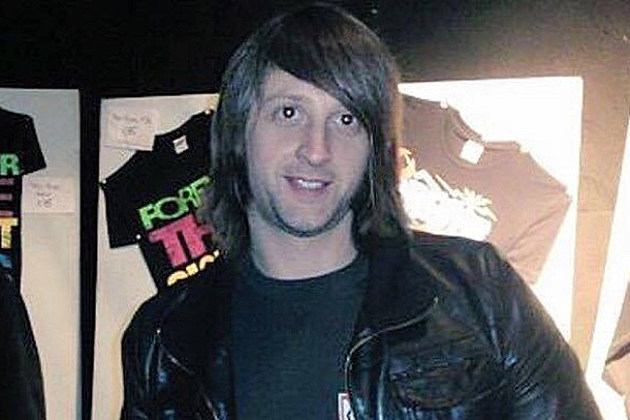 As revealed last night, Eagles of Death Metal‘s members got out of the Bataclan concert venue in Paris alive during the terrorist attack, but were trying to determine the safety and whereabouts of all of their crew members. Sadly, Nick Alexander, who was working merch for the band, was among those killed in the Friday terrorist attack.

The 36-year-old Alexander had handled merch for many acts in the music industry. According to The Telegraph, he was shot in front of Helen Wilson, an American expat, who was wounded in both of her legs after being shot as well.

“It is with huge sorrow that we can confirm that our beloved Nick lost his life at the Bataclan last night,” said a statement from Alexander’s family. “Nick was not just our brother, son and uncle, he was everyone’s best friend – generous, funny and fiercely loyal. Nick died doing the job he loved and we take great comfort in knowing how much he was cherished by his friends around the world. Thank you for your thoughts and respect for our family at this difficult time. Peace and light.”

Wilson revealed to the paper that they tried to take cover as the gunmen entered the venue. “Nick was in front of me and we were lying on the ground and somebody moved and they just turned around and started shooting us,” said Wilson. “His back was to me and I couldn’t see what happened and I tried to keep him talking and then I tried to give him mouth-to-mouth resuscitation and they [the gunmen] were just sort of in the shadows and they would shoot if anyone said anything. Then he couldn’t breathe any more and I held him in my arms and told him I loved him. He was the love of my life.” Though they were no longer a couple, Wilson said Alexander had called and wanted to meet up to talk. A woman named Polina Buckley was Alexander’s current girlfriend and had frantically been asking on Twitter for updates on Alexander’s condition before learning his fate. She posted the following tribute:

As stated, Alexander worked for many acts over the years. Among them was Alice in Chains, who offered a tribute via their Facebook page with a photo. Check out their posting below:

Black Keys drummer Patrick Carney told Rolling Stone, “I spent a lot of time with Nick, but the thing about the touring merch job, it’s one of the more thankless jobs. You do it because you just want to travel and you’re interested in meeting new people and it’s really hard work. It’s not the job you take if you’re into partying. So he was a really organized, super hard worker, really funny. I remember him always very content with being on tour. It was what seems to make him the happiest. After shows, when everyone would go wild or whatever, he would also be really reserved. He was just a sweetheart, that guy.”

Meanwhile, The Black Keys’ vocalist/guitarist Dan Auerbach added, “We’d been working with him for years. He was just a familiar face. He was part of our family basically, one of those guys we’d see every time we come over here for these big European experiences we’d been having for 10-plus years.  He was always there, really nice guy, always with his mod haircut and his big smile … He was just a really nice guy. Always. Just loved rock and roll. He was just an absolute rock and roll guy. Lived for it.”

A GoFundMe page was started for Alexander by his friend Miguel Benavides, a lighting designer and tour manager, with the goal to create a trust in Alexander’s name that would go to his family. The page sought to raise $25,000 and was nearly at the goal just six hours after its launch. Should the campaign raise more than the goal, it was stated that Benavides would work with the band, his family and an attorney to assist other victims of the Paris terrorist attack. Learn more about the GoFundMe campaign here.

Shinedown revealed Saturday via their social media that they would be donating a portion of their merch sales for their Little Rock performance to the Nick Alexander memorial fund.

A number of other artists have also weighed in with tributes and commentary on Nick Alexander. Check out their posts below.

Our condolences to Nick Alexander, his family and his extended family within the music world.