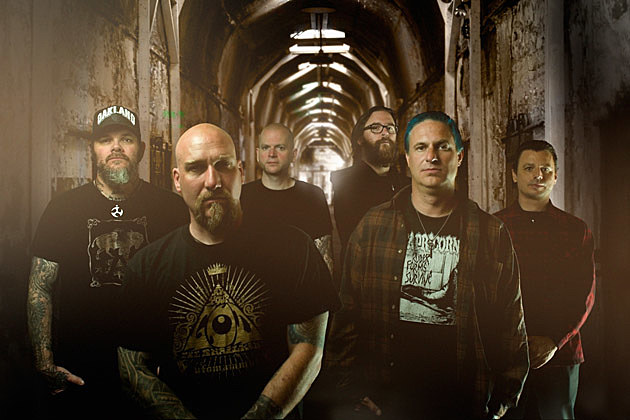 For three decades, Neurosis have been at the forefront of expanding heavy music into new territories with their humble beginnings leaning largely on hardcore punk and evolving into a boundless band that helped give rise to sludge and post-hardcore. To commemorate 30 years since the release of their first demo, the California outfit have booked four special shows to highlight their expansive career.

The first set of performances will be on March 4 and 5, 2016 at the Regency Ballroom in San Francisco with the second set coming on April 16 and 17, 2016 in Tilburg, Netherlands as part of the Roadburn Festival. Neurosis’ Scott Kelly and Steve Von Till will be performing solo sets at Roadburn on April 15, 2016.  Accompanying Neurosis on these dates will be doom legends Sleep and the minimalist outfit Shellac, most notable for featuring acclaimed producer Steve Albini. Click here to purchase tickets to the shows.

The bill features a lot of musicians who are familiar with each other, as Albini has worked closely with Neurosis in the studio since the landmark Times of Grace, while drummer Jason Roeder splits his time between Neurosis and Sleep.

Neurosis will be performing a two hour set, spanning the entirety of their 10 studio albums from 1987’s Pain of Mind through 2012’s Honor Found in Decay. The band puts on an intense live performance, creating a wall of hypnotic and trance-inducing sound that violently wrests the listener from their stupor, volleying sheer heaviness with blissful ambience. These shows will demonstrate the progressions the collective has made throughout the last 30 years, proving why they have been at the top of their game since the beginning.