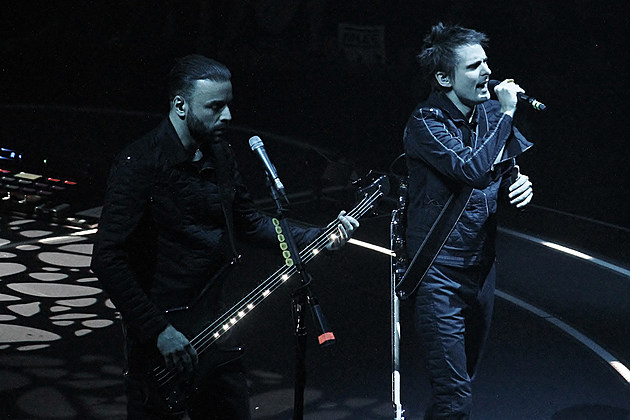 Kudos to Muse! The English trio took home the Grammy for Best Rock Album for their latest effort Drones at the 2016 Grammy Awards.

The band was up against competition from James Bay (Chaos and the Chain), Death Cab for Cutie (Kintsugi), Highly Suspect (Mister Asylum) and Slipknot (.5: The Gray Chapter) in a very diverse category.

A short while prior to the announcement, Highly Suspect performed their Grammy nominated song “Lydia” for the audience on hand at the Grammy pre-telecast ceremony. But alas, the newcomers did not walk away with Grammy gold.

Instead, Muse, who’ve been nominated seven times, earned their second Grammy award. Their previous Grammy also came in the Best Rock Album category for their 2011 effort, The Resistance. Unfortunately, Muse were not in attendance to accept the honor.

Stay tuned for all of your hard rock and metal Grammy coverage right here throughout the night.