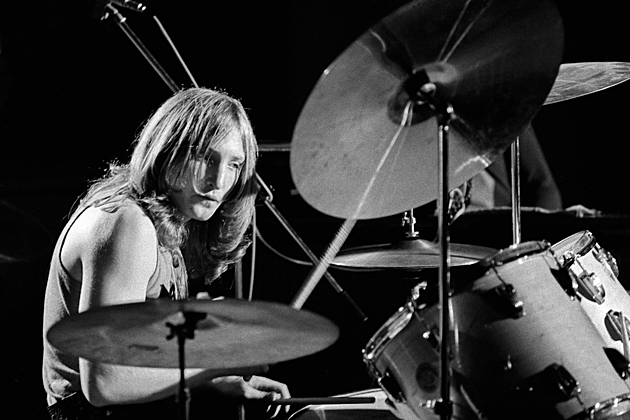 Unfortunately the new year has been cruel to the rock world, as another veteran musician has passed away. Mott the Hoople drummer and founder Dale ‘Buffin’ Griffin has passed away at the age of 67 after a battle with Alzheimer’s.

Griffin was featured on all seven of the influential rock outfit’s records and enjoyed a successful career as a producer, manning the boards behind albums from the Cult, Hanoi Rocks, New Model Army and others. He was an integral part of legendary radio DJ John Peel’s “Peel Sessions” and commanded the production behind appearances from Nirvana, Carcass and Smashing Pumpkins. The news of the drummer’s death came from a Facebook post by Angel Air Records that stated:

DALE GRIFFIN aka BUFFIN 1948-2016.
One of the nicest, friendly and talented men I have ever known.. All he ever wanted was for his beloved Mott The Hoople to reform and it was his determination that achieved that very feat in 2009 but sadly by then he was too ill to perform at the five sold out dates though he did join the band for encores.
Dale died peacefully in his sleep yesterday. RIP

Mott the Hoople were best known for their 1972 hit single, “All the Young Dudes,” which was written by the recently departed David Bowie. Having bowed out in 1980, the group reunited for a special series of performances in 2009 and 2013, the former of which saw an ailing Griffin return to the band to perform for the encore. The reunion commemorated the 40th anniversary of the group.