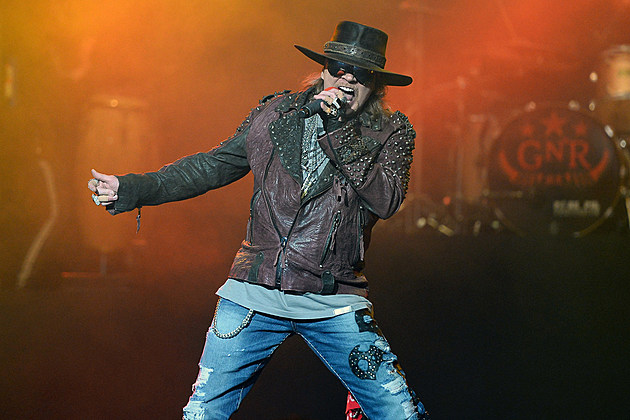 Guns N’ Roses are big fans of Las Vegas, having staged residencies there in the past, and they’ll return to the Nevada hot spot in April ahead of their appearance at Coachella.

According to a new video teaser, the band will perform April 8 and 9 at the new T-Mobile Arena in Las Vegas. Back in December, around the time that rumors of Coachella appearances were rampant, Billboard also reported that the band was in talks to play in Las Vegas as well and now those rumors have come to fruition.

A look at the trailer in the Facebook posting, seen below, shows audiences going wild, and shots of Axl Rose, Slash and Duff McKagan, but was careful not to show any other band members. Check out the posting here:

Not long after it was announced that Slash and Duff would be joining Axl in the Guns N’ Roses lineup that would be playing Coachella, rumors began to fly about who would join the trio onstage. A number of social media postings appeared to suggest that multi-instrumentalist Chris Pitman, keyboardist Dizzy Reed, guitarist Richard Fortus and drummer Frank Ferrer would be part of the plans, but official confirmation on the full lineup has not been made.

Tickets for the Las Vegas shows go on sale this Saturday (Jan. 23) at 10AM local time via AXS.com. AEG Live are the promoters for the dates. Stay tuned to see if any more shows are announced.