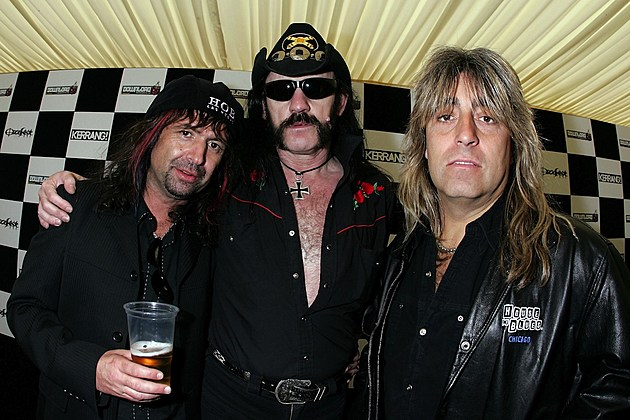 Mikkey Dee took to the internet shortly after Lemmy’s death to confirm Motorhead was over, but in a new post on Dee’s personal page, he takes a minute to say goodbye to Lemmy while sharing some photos:

Lemmy!My bandmate. My friend. My brother. There are no words to describe the emotions running through my mind at…

Phil Campbell also shared a photo of himself and Lemmy, this one showing the two smiling onstage together:

Unfortunately by now everyone reading this post will have found out that Motörhead is no longer. I’m still trying to…

Posted by Phil Campbell’s All Starr Band on Wednesday, December 30, 2015

In response to the incredible outreach to Lemmy’s family, friends and bandmates – along with tributes to the legend himself – the official Motorhead Twitter account thanked the band’s fans:

Further tributes to Lemmy Kilmister have been released by friends like Ozzy Osbourne, Corey Taylor, Kirk Hammett, Tom Morello, Lars Ulrich, Brian May and many others.