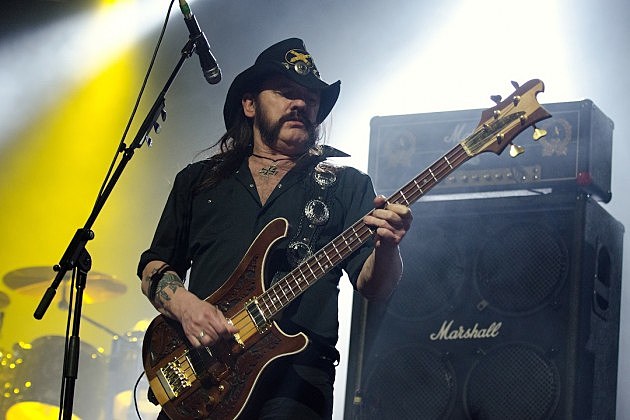 The annual Bass Player Live! event is coming up Nov. 7 and 8 in Los Angeles. This is the eighth year for the event that is sponsored by Bass Player magazine. Bass Player Live! includes bass clinics from various world-class musicians, exhibits by gear manufacturers and an all-star concert featuring this year’s award recipients.

On the heels of the release of Motorhead‘s latest album Bad Magic, Lemmy Kilmister will be given a Bass Player Lifetime Achievement Award at the Nov. 7 concert.

A Lifetime Achievement Award will also be given to Nathan East, who has played with everyone from Whitney Houston to Eric Clapton to Lionel Richie to Daft Punk. A posthumous award will be given to the family of the late Louis Johnson, who was a member of the Brothers Johnson and did session work with Michael Jackson and Paul McCartney among others.

Tickets for the event are on sale now at this location. Both single day and weekend packages for the clinics, exhibits and concert are available. The everyday pass purchase includes a complimentary subscription to Bass Player magazine.

Motorhead are in the midst of a North American tour with Saxon and Anthrax. They are back on track after having to cancel some dates due to Lemmy suffering from a lung infection.