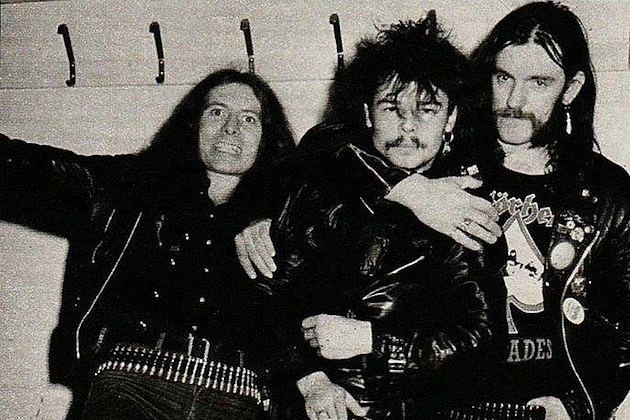 In the wake of Lemmy Kilmister‘s passing, Motorhead‘s music has launched back up the Billboard charts. Thanks to die-hard fans, the iconic cut “Ace of Spades” landed on Billboard for the first time ever.

Lemmy Kilmister died on Dec. 28, just two days after learning he had an extremely aggressive type of brain and neck cancer. The outpouring of love from fans, musicians and other contemporaries has been unlike anything we’ve seen in a long time, with the entire Sunset Strip in Los Angeles turning into a giant memorial for Lemmy on Jan. 9. and fans even petitioning for a statue of Motorhead’s frontman to be erected.

Of course, fans have been blasting Motorhead’s music tirelessly. So much so that over 35 years after its release, “Ace of Spades” has hit No. 12 on Billboard’s Hot Rock Songs chart and No. 24 on its Rock Streaming Songs chart. It’s also landed at No. 8 on the Hard Rock Digital Songs chart with 8,000 downloads sold – a 2,151 percent surge.

Motorhead’s final album, 2015’s Bad Magic, has also experienced a unique surge. Three months after dropping off the Billboard Hard Rock Albums chart, Bad Magic is right back up there again at No. 11 with 2,000 copies sold during the week.

The Road Crew is a dedicated bunch! To check out some of the many tributes for Lemmy Kilmister from fellow musicians, click here.