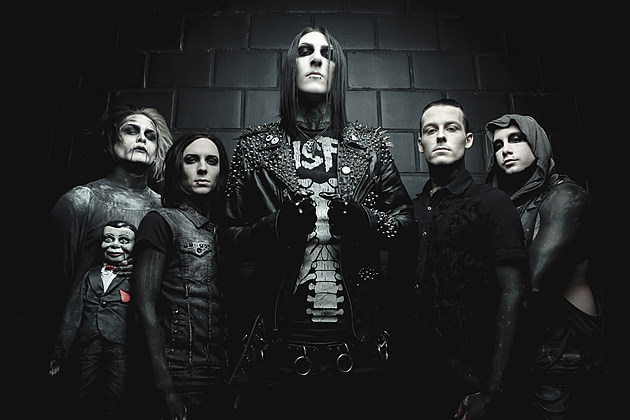 Motionless in White have joined a crop of bands who have either canceled or postponed their European tour dates in light of the tragedy that happened in Paris last week. The band was set to make a two week run across the U.K. with Chelsea Grin and New Years Day, but after some careful consideration, have decided that the best move for all involved right now is to put the tour on hold and come back in 2016.

Posting on their Facebook page, Motionless in White apologized for postponing the trek, stating,

To all UK/Ireland fans,

We are sadly going to be postponing our Beyond The Barricade UK/Ireland Tour that was set to begin this weekend. After much deliberation amongst ourselves, our crew, our families, the supporting bands, and our management, it has been deemed as the most fitting course of action for where everyone is at right now.

To reiterate, we are not canceling the tour, we are postponing to the soonest availability of 2016 that we can fit the dates into. We hope to see all of the fans at those dates when they are announced. Please continue to check all the MIW social media accounts, or Motionlessinwhite.net for further information.

Thank you for your compassion and understanding towards the decision.

While bands like Foo Fighters, Lamb of God, Five Finger Death Punch, Deftones, Motorhead, In Flames and more have all either canceled French dates or European tours entirely, Motionless in White are vowing to come back as early as possible.

Following the ISIS attacks in Paris, artists have been cautious about playing in Europe, especially since other threats have occurred since Nov. 13. Lamb of God and Children of Bodom had to cancel a show in Tilburg, Netherlands due to security reasons the night after a threat was made at a soccer stadium in Germany which was hosting a match between the home country and the Netherlands.

Lamb of God dropped off the remainder of the tour, but Children of Bodom have carried on, even rescheduling the Netherlands show and adding more dates to the tour. It is clear different mentalities exist on how bands should be handling the touring situation in Europe right now, but all fans can do is support whatever move these acts decide is best.