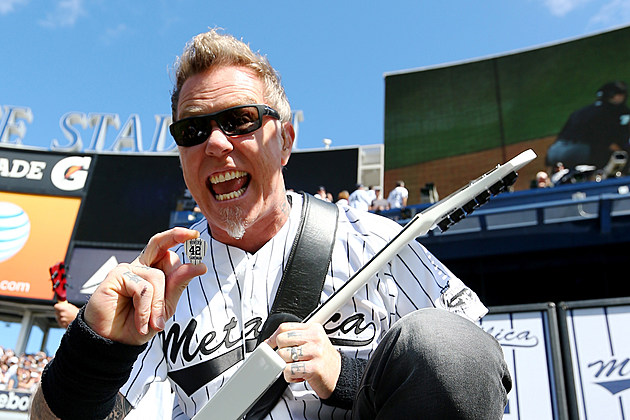 In 2012 and 2013, Metallica put on the Orion Music + More Festival in Atlantic City, N.J., and Detroit, respectively, featuring a diverse gathering of music, skateboarding, comedy, cars, horror exhibits and plenty more. Orion was an ambitious undertaking, but in a new interview, Metallica frontman James Hetfield reveals the band lost millions of dollars on each fest.

Orion was questioned for its cohesiveness, placing Metallica on the same bill as country singer Eric Church, indie rock darlings Modest Mouse and bluesy guitarist Gary Clark Jr. in 2012. Orion 2013 was slightly less varied, though an entire stage was dedicated to electronic and dance music.

“I’m so glad we did Orion,” Hetfield told Metallica fan club magazine So What! [via Blabbermouth]. “Those two we did were fun. We got some bands out there in front of people, our fans mainly, and that was the whole idea. If it would have broken even, we’d still be doing it, but we lost millions both times. We can’t do that. At some point, business comes into play. Why would you keep doing something that’s damaging you and could prevent you moving forward?”

“And who knows? Maybe it was us attaching our name,” Hetfield speculates. “It’s, like, ‘Ah, it’s their festival. I don’t want to go.’ I have no idea! Are we putting too much importance on our name? If we opened up the Metallica hamburger stand over there, would more people come or fewer people come because they like us or don’t like us? Are their opinions influenced by our moniker on there?”

Metallica are currently hard at work writing a new album. There’s no telling when the effort will be completed, but Metallica have assembled countless riffs and sections to pick and choose from.