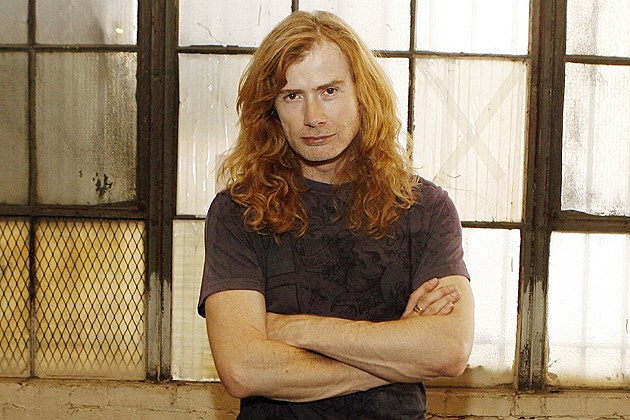 The Grammy Awards are coming in mid-February, but you won’t be hearing Megadeth‘s name called for Best Metal Performance this year as their disc wasn’t eligible yet. Their Dystopia album appears to be an early favorite for a nomination in 2017 however. If that comes to fruition, it would be the band’s tenth time being nominated for Best Metal Performance, but the Grammy has eluded the band so far.

During an interview with Noisey, frontman Dave Mustaine addressed the band’s Grammy history. “The thing is, in the beginning, the Grammy thing was really important to us,” says Mustaine. “Then, we started to see that it wasn’t really as easy as somebody would think, because the people that are on the board, they’ve gotta listen to 45 Latin records and a bunch of Hawaiian stuff and then Weird Al Yankovic kinds of records, and so when it comes time to listen to metal, they just go, ‘Oh f–k, I ain’t listening to that, what’s the name that I recognize there?’ and that’s why they saw Jethro Tull and went okay, give Jethro Tull the metal award. There’s been some bad ones.”

But if the platitude “it’s an honor to be nominated” holds true, Mustaine adds, “I’m cool with it, if I get the Grammy or if I don’t get the Grammy, I’ve been recognized by my peers a lot. I’ve been nominated almost a dozen times so at the end of that day it’s like, are you satisfied with what you have? And I’m — let’s say this — I’m content, I’m not satisfied. I’m not giving up yet.”

The rocker says that he’s also hoping that a Rock and Roll Hall of Fame phone call will come one day as well. “I’m hoping that I’ll be inducted into the Rock’n’Roll Hall of Fame, too, but you know, if they don’t want me in there, it’s okay. I mean, I am in there vis a vis Metallica, and no matter what those guys say or what anybody believes about their induction ceremony, they wouldn’t have been there if it wasn’t for me being in the band, because I was there in the beginning, so I have some satisfaction.”

As for Megadeth’s current priorities, it’s first and foremost about the Dystopia album. The disc arrives Jan. 22 and is currently available to pre-order in a variety of merchandise options at this location or via digital options here.