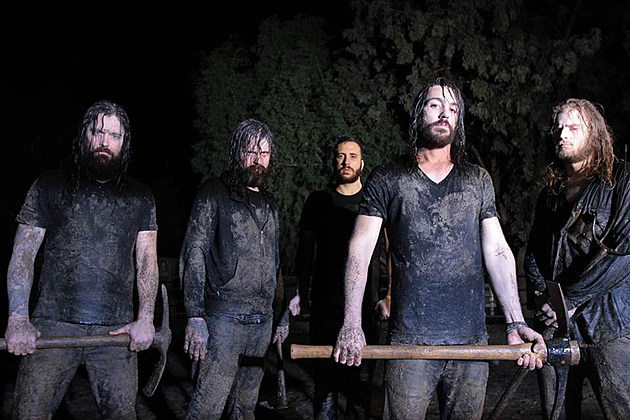 Maylene and the Sons of Disaster members Dallas Taylor and Jake Duncan found themselves in a bit of trouble over the weekend. In a post on Taylor’s Facebook page, he details a situation in which he was video taping people that were coming out of a nightclub drunk who attempted to fight police officers outside the scene. But according to Taylor, who fronts the band, he got pulled away from being a voyeur by some of the drunks who confronted him and eventually the police who brutally attacked him.

In the post, Taylor reveals that Maylene guitarist Jake Duncan attempted to intervene when he was first confronted and that both he and Duncan were brutally attacked, with Duncan having his head slammed to the pavement repeatedly by officers and Taylor having his knee cut open upon being thrown to the ground.

Both musicians were taken into custody by the police, with Taylor detained for about an hour and Duncan being arrested on disorderly conduct charges. Meanwhile, according to Taylor, none of the drunks attempting to fight the police were charged. Taylor says that his phone was also stolen in the altercation. The musicians are asking for help in paying the fees and to fight the arrest.

Taylor’s full statement on the situation, along with info on how to help out the musicians with their fight to clear their name, can be read below.

Last night 12/12/2015 Dallas Taylor from the southern rock band “Maylene and the Sons of Disaster” was video taping people coming out of a restaurant/dance club drunk trying to fight cops. He started to video tape, and was attacked by one of the drunks. Jake Duncan our guitarist ran over to try and calm the situation and break up the fight. Jake Duncan, and Dallas Taylor were then attacked by police officers and were victims of police brutality. Jake Duncan was repeatedly getting his head slammed in the pavement, and Dallas Taylor was thrown to the ground with his knee cut open. Dallas Taylor was just trying to document the situation as people kept yelling “F@”k your country and F”@K cops”. The cops did not arrest one drunk person or any of the ones that were trying to fight cops. Dallas Taylor was detained for around an hour and Jake Duncan who did nothing wrong in this matter was arrested on Disorderly Conduct. His bail in the picture above was $358.45. Not counting on what it’s going to cost getting a lawyer to fight these corrupt cops. Dallas Taylor’s phone was also stolen in the altercation. If you could please help us out we would appreciate it. We never ask for help but what happened is wrong and we do not have the money to pay these fees. Any little bit helps.
You can mail checks to
Dallas Taylor
5900 N.W. 135th Ave
Morriston, FL 32668
Or contact me in a message on my personal Facebook page-Dallas Taylor and I can give you different options to help out, such as square etc, or leave a comment below on this post and I’ll get in touch with you personally. My pay pal is Dallas Taylor dallastaliaferro@gmail.com or just
paypal.me/DallasTaylor
Thank you so much for reading this and God Bless. We live in a free country that is being run the wrong way in a lot of situations.

Maylene and the Sons of Disaster have reportedly been working on new music of late. The band’s last album, IV, was released in 2011.