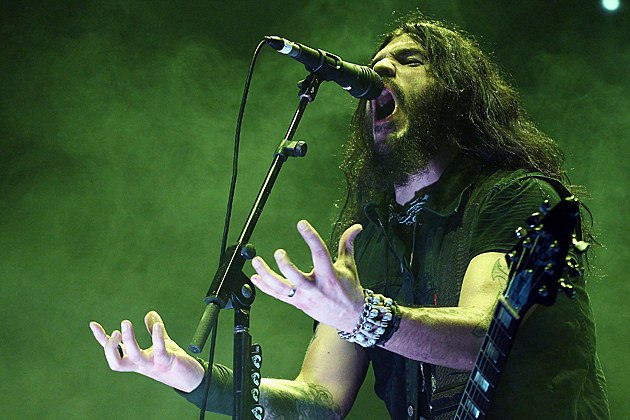 Machine Head was forced to end the band’s Feb. 15 show after just five songs due to frontman Robb Flynn suffering from “an extreme chest infection.” Subsequently, Machine Head’s performance tonight (Feb. 17) in Luxembourg has been postponed.

CLERMONT FERRAND, APOLOGY FROM ROBB.Clermont Ferrand, as you know, the chest flu and hacking cough that Robb had,…

As Machine Head wrote, the band’s Luxembourg show tonight was on a “wait and see” basis, but ultimately had to be postponed:

As of this posting, Machine Head are still scheduled to continue touring Europe, with the band’s next show taking place in Reims, France on Feb. 19.

In other Machine Head news, the band will soon come out with the new track “Is There Anybody Out There?” M f’n H went into the studio back in October to record the song, posting a video diary of the sessions earlier this morning. According to Robb Flynn’s recent appearance on Hatebreed vocalist Jamey Jasta’s podcast, “Is Anybody Out There?” will be released as a stand alone track most likely via Spotify and iTunes. No physical product is planned to be created for the song.

Stay tuned for news on any further Machine Head show cancelations and the release of “Is Anybody Out There?”

Watch Machine Head’s “Making Of” Featurette for “Is There Anybody Out There?”

See Machine Head in 10 Painful Onstage Blows to the Head