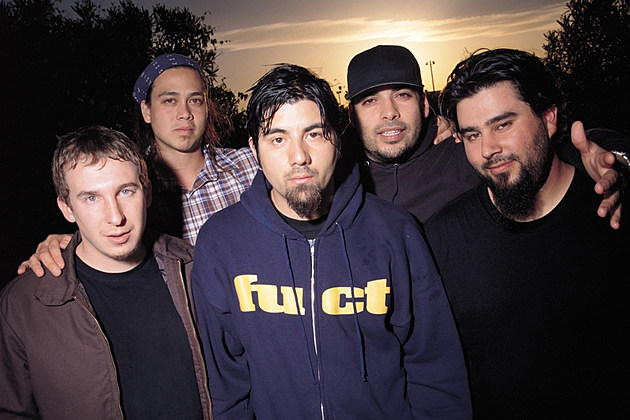 After 15 years, the lost Deftones documentary, Entertain Me: A Film About Deftones, will finally see the light of day… but not today. Originally slated to be released on Dec. 26, the film has been delayed by creator Andrew Bennet, according to a post made from the Polish Deftones fan page, Deftones Zone.

It had previously been reported that Bennet had made an official statement about the documentary’s release, saying,

I am officially making it available to the most amazing fans in the world, starting 12/26/2015. It will be 10 bucks for the full and clean resolution download of the final edit of this film. Please note, that I saw the leak, and that version is so old it’s not even funny.

To recap: Entertain Me: A Film About Deftones, the real, uncut, director’s final version will be officially released on 12/26/2015. The website is being finalised today. I hope you all enjoy it, sorry it only took 15 years to get out.

Now that two days have passed, fans have begun to wonder what has happened with the long-anticipated documentary. Deftones Zone notes the following:

Detailing why the release was shelved 15 years ago, Bennet spoke to Deftfan (the co-creator of the Deftones Zone fan page) about his battle with industry heads. He stated, “The reason behind the wait has always baffled me. The band always seemed pleased with the final cut, but I think, let’s just call them the powers that be, were scared off by the rawness and honesty, especially from Chino [Moreno].”

The filmmaker details his push for the documentary, continuing, “I tried time and time again to cite other films that were similar that I had been inspired by, specifically the Radiohead film, Meeting People Is Easy.” But his attempts to sway higher ups didn’t pan out. He added, “However, when I used this example, I was told by a higher up at the label, and I’ll quote him, ‘That’s nice, Andrew, but I don’t want the Deftones to be like Radiohead, I’m trying to turn them into Limp Bizkit.’” For these reasons, the release was shelved for the next 15 years.

Entertain Me: A Film About Deftones is not the only band-related release to be delayed this year. Back in August, singer Chino Moreno reported that a new album would be out around October or November. The record has since been pushed back to 2016 with no release date scheduled as of yet. The band is still working on perfecting the mix, album art and song titles.