A Static Lullaby drifted apart in 2012, but just over three years since their split, the band will return to action this spring. The group has just announced four California dates during the month of March in which they’ll perform their 2003 debut album, … And Don’t Forget to Breathe, in its entirety.

The band announced their four dates on Christmas Eve with the message “Merry Christmas.” Stops include San Diego, Pomona, Orangevale and San Francisco.

The band has employed a number of different members over the years, but their Facebook page lists co-vocalists Joe Brown and Dan Arnold, along with drummer Brett Dinovo and bassist Matt Faulkner as current members.

During their initial tenure, the band released a pair of EPs prior to finding success with …And Don’t Forget to Breathe. That album yielded such favorites as “The Shooting Star That Destroyed Us” and “Lipgloss and Letdown” and generated interest from Columbia Records, who signed the band and released their follow-up, 2005’s Faso Latido. A 2006 self-titled set and 2008’s Rattlesnake! album were released by Fearless Records. By 2010, the band’s members began to pursue outside projects and in 2012 their split became official.

It has not been revealed if the reunion will last beyond the four dates, but obviously a solid turnout at the shows would give the band members something more to think about. So if you’re in California or feel like traveling, make a date to see A Static Lullaby perform …And Don’t Forget to Breathe in full. 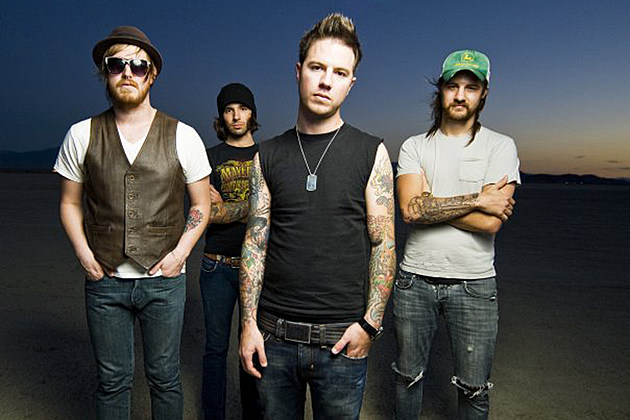