Late last month, former Flyleaf frontwoman Lacey Sturm announced her return to music with the upcoming 2016 debut solo album titled Life Screams. The album is an independent release through Followspot Records and fans can finally hear the first new solo music since Sturm’s 2012 departure by way of the single “Impossible.”

Though the singer has popped up here and there with guest vocal spots, it’s the return to the studio and stage that fans have been anxiously waiting for. The song starts off quite moody as the rest of the band slowly builds up their presence behind Sturm’s distinct voice. Following a brief verse, she teases the chorus but waits another round before belting out the hook over a push-and-pull rhythm.

The lyrics come from a grateful and appreciative mindset as Sturm is thankful for the life she has been able to live. The vocalist has previously stated that starting a family, along with dealing with the death of the band’s sound engineer, were two key factors in deciding to leave Flyleaf. In a post shared on the singer’s Instagram page, she expressed, “I still have a fire in me to be a voice of love to people who feel unloved… For me, today is the beginning of new ways to live the impossible, and I have so much faith, hope and love in my soul.”

The full post can be seen here. She also adds more about her the meaning behind the song “Impossible.” She closes the statement, saying, “And I want to know how you are #livingtheimpossible. Write ‘Living The Impossible’ on your arm, snap a pic for Instagram and share your story with me.. Use the #livingtheimpossible. I can’t wait to read them.”

Sturm also used the Instagram platform to send fans on a scavenger hunt to collect 18 pieces that would need to be arranged to determine the album’s cover. It only took fans an hour to scour the Internet, finding pieces of the puzzle on the Instagram pages of Brian “Head” Welch (Korn), Sonny Sandoval (P.O.D.), Korey Cooper and Jen Ledger (Skillet) in addition to others.

“Impossible” has already soared to the Top 5 of the iTunes Rock Top Songs, reaching No. 2 today (Nov. 9). The song premiered on Nov. 1 and as of yet, Life Screams has no concrete release date available, though the debut record is expected in early 2016. 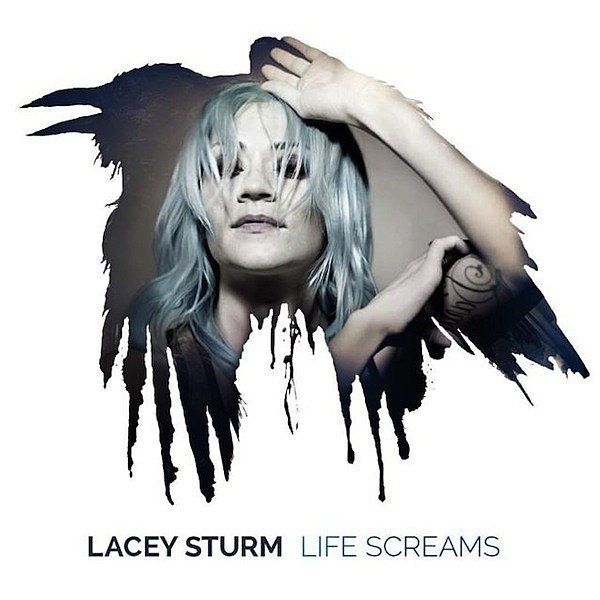