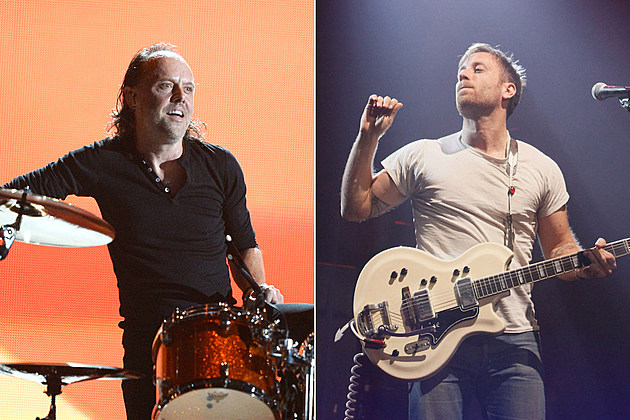 With the 2016 inductees announced, the next wave of excitement over the Rock and Roll Hall of Fame ceremony comes with the announcement of the event’s special guests. Some of the biggest names in the rock industry are present in addition to the members being inducted, either presenting or performing. Organizers have confirmed Metallica drummer Lars Ulrich, the Black Keys and Matchbox Twenty frontman Rob Thomas.

The ceremony will commence on April 8 at the Barclays Center in Brooklyn, N.Y. as Cheap Trick, Chicago, Steve Miller, N.W.A. and a criminally overdue Deep Purple will be enshrined in the Rock Hall’s pyramid-shaped building in Cleveland, Ohio.

Metallica broke new ground in 2009 as the first full-fledged heavy metal act to be inducted and Ulrich has been pining for Deep Purple to receive the honor as well. His cemented guest spot has fueled speculation that he will be the one to formally induct the legendary rock act.

Speaking about Nirvana and KISS‘ induction in 2014, Ulrich talked to Rolling Stone and put his foot down saying, “Deep Purple. That’s all I have to say: Deep Purple. Seriously, people, Deep Purple, two simple words in the English language.” Noting those who did get the nod, he went on, “But definitely, Nirvana is a no-brainer for the first year and I’m glad that KISS is getting the long-overdue recognition that they deserved for everything that they pioneered,” then adding, “and then I got two words: Deep Purple! Did I say that already?”

The Many Faces of Metallica’s Lars Ulrich