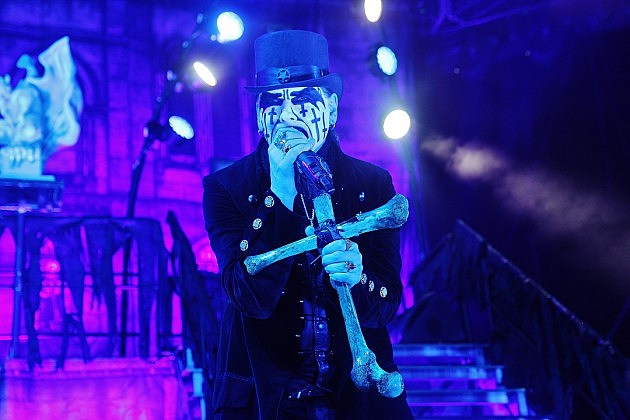 As we have previously reported, King Diamond will head out on a 20-date fall tour with Exodus revisiting the classic Abigail album. Fans of the legendary rocker will be happy to know that each concert on the ‘Abigail in Concert’ 2015 tour will now be filmed for a live DVD release.

Denise Koryocki will direct the feature length film, which will include footage from multiple cities on the tour. The outing will see King Diamond performing their seminal 1987 concept album Abigail. The effort tells the story of a couple from the 1800s who moved into a mansion haunted by a deceased relative. The relative tells the husband that his wife is carrying the spirit of a stillborn child and unless he kills her, the child will be reborn.

King Diamond recently told Billboard that the song “The Family Ghost” on Abigail is “haunted” by two words. Before the last verse on the recording a guttural voice says, “Oh damn!” The Danish vocalist never sang the line insisting, “I have absolutely no idea how it got there.” He and engineer Robert Falcao couldn’t isolate the voice and couldn’t eliminate it from the recording. King embraced it and now sings the “Oh, damn!” line when he performs the song live.

The Abigail in Concert 2015 tour kicks off in Denver, Colo. On Oct. 29 and wraps on Dec 5 in Dallas, Texas. For all their tour dates click here. 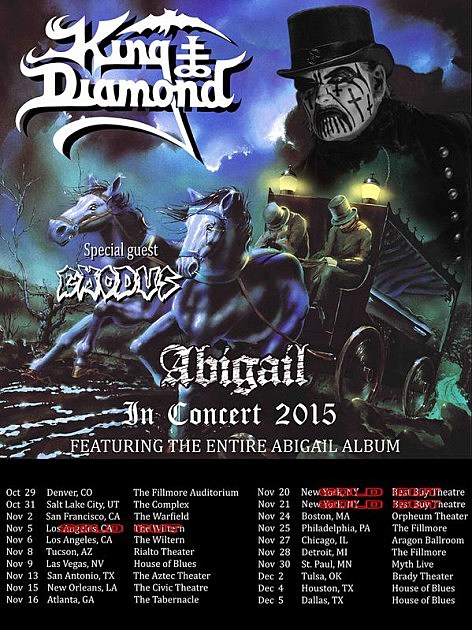