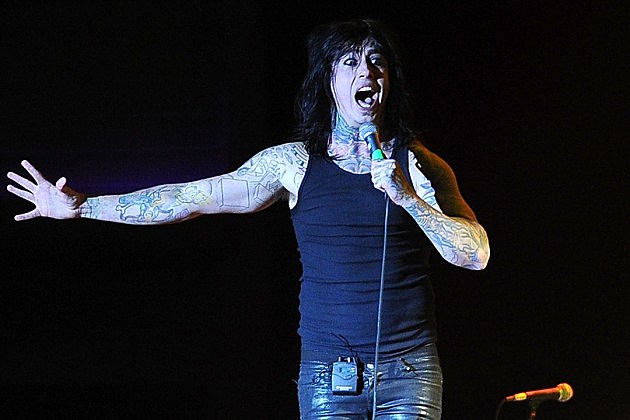 Twitter is a useful source of spreading information for bands in this day where social media rules, but some artists offer a little more than just the promotion for their albums and tour dates. Falling in Reverse‘s Ronnie Radke served up a little social commentary on Twitter, giving his followers something to think about as he picked apart a few ideals of Christianity that leave him with questions.

He began the thought by offering, “Christians before the ’90s shunned gays cause the bible says its wrong to be gay. This day and age Christians accept gays. Religion sucks.” Not stopping there, he added, “Knowledge is power. I refuse to Believe in a god that sends you to hell on your sexual preferences. F–K RELIGION. #beyourself.”

Radke had one more thought on the topic, this time questioning the idea of “faith.” He asked, “Who worships a God who sends people to burn for eternity in hell because they don’t believe? Belief is a thought not an action. Think about it.”

As expected, the comments section for each of the tweets some spirited responses, both agreeing with Radke’s take and others defending the Christian ideals. Check out the tweets below:

In other Falling in Reverse news, the band recently revealed dates for the “Supervillains” tour taking place this fall. The band is taking out Attila, Metro Station and Assuming We Survive on shows in November and December. Check out their dates by clicking the red button below.