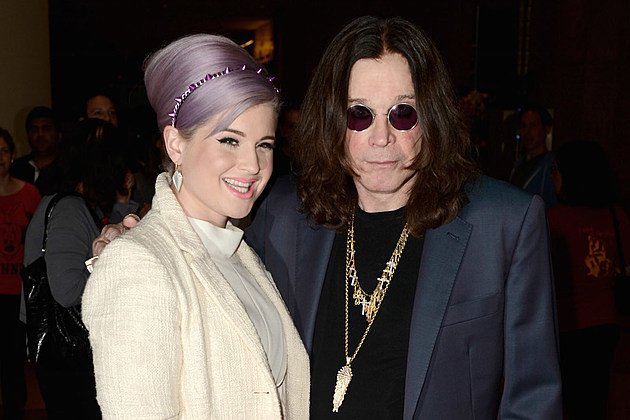 The only one who is actually hoping a bat would rain feces on their head would have to be Ace Venture in his hunt for guano (bat poop). With Ace in retirement, a bat found another target. Kelly Osbourne, daughter of the Prince of Darkness Ozzy Osbourne, was attacked by a bat yesterday (Feb. 10) and the flying furry mammal left a parting gift in her hair.

If the bat had defecated in any other rock star’s daughter’s hair, the news would be insignificant, but the bats apparently have not forgotten what Ozzy did to one of their kind back in 1982. After mistaking a live bat for a toy a fan had thrown onstage, the singer grabbed the animal and promptly bit off its head only to discover afterwards that the creature in his hand and mouth was not a toy, but a real live bat. Kelly blamed her father in “a case of mistaken identity” when she uploaded two photos to her Instagram account detailing the event. She even laughed it off, stating, “I should not be paying for your crimes Dad!”

Unfortunately for Kelly, it is only considered good luck if a bird poops on your head and despite their aviation, bats are mammals. Besides, she probably would not have acted favorably if a bird had committed the same indecent act.

#FuckMyLife walked down the street to @harrysfamouspies where a fucking bat attacked me and shit on my head!

It was a case of mistaken identity @ozzyosbourne however I should not be paying for your crimes Dad! #BatShitCrazy

This is not the first time bats have sought revenge on the Osbourne family. In May of 2014, the Ozzman had his sights set on renovating his Buckinghamshire estate, but was greeted with an alarming problem. Bats and owls were discovered living in the barn, putting the construction plans on hold since the creatures were protected under the Wildlife and Countryside Act of 1981 and the Conservation of Habitats Species Regulations of 2010.