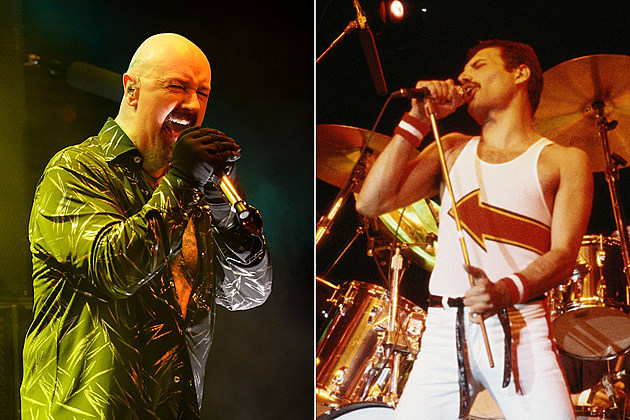 When you’re the Metal God and have had generations of singers laud your talents, it can be easy to become jaded, but Rob Halford remains humble and appreciative. The Judas Priest frontman has been at it for over 40 years, but still finds inspiration from other singers. One of those singers is Queen‘s Freddie Mercury, who recently capped off our list of the Top 50 Hard Rock + Metal Frontmen of All Time.

Speaking with Indiepower TV, Halford, who also placed quite high on our list, discussed his admiration for Mercury, stating, “I was listening to Freddie when I was driving in my car yesterday. He still is an inspiration to me.” He continued, “You know, I’ve got a list of singers who really touch me in the purest sense, from the vocal performance as well as just the soul and spirit. So he still does that, he just belts it out with such conviction, and his voice is remarkable.”

Adding how Mercury still inspires him in the studio, Halford went on, “I’ve always thought — when I do a track, even with Priest I’ll think, ‘Well what would Freddie possibly do here,’ you know.”

While Freddie Mercury is widely regarded as the consummate frontman, Halford ranks among the elite right up there with the Queen legend. The Judas Priest frontman still taking influence from the iconic singer proves why rock and metal will never die. Anyone influenced by Halford has also, in turn, been influenced by Freddie Mercury whether they realize it or not. This cycle of influence helps the genres to feed themselves over and over as each musician tries to become the best they can be.

Rob Halford: ‘They’ll Have to Drag Me Off That Stage’