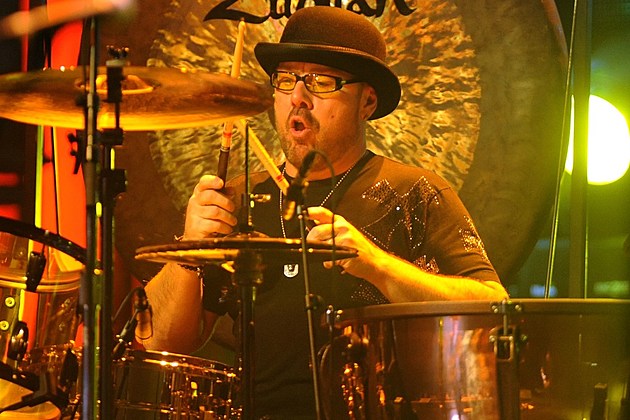 In 2007, Led Zeppelin gave the world their first performance in close to 13 years. It was a single gig at London’s O2 Arena and we’ve experienced nothing from the band since. However, Jason Bonham just went on record saying he believes Led Zeppelin will play together again one day.

Jason Bonham is the son of legendary Led Zeppelin drummer John Bonham, who passed away in 1980. Led Zeppelin never went back on tour after John’s death, only playing five shows in the last 35 years. Amongst those five, only Zeppelin’s 2007 show offered a full set from the band, allowing Jason to tap into his father’s energy for an entire night.

In a new interview with Vanyaland, Jason Bonham spoke about the possibility of Led Zeppelin taking the stage once again. “In my heart of hearts… I do believe we will play together again,” says Jason. “It remains to be seen if it will be in public or privately, but I do think we will play again.”

Bonham continues, “What made the O2 so perfect was the preparation. Every other time, we really just got together in an afternoon and gone over a couple songs and that was it. For the O2, we blocked out rehearsals for six weeks; Monday through Friday four hours a day. A lot of it was talking as well about how we wanted it to be. We did the first three songs, so it was like clockwork, like a first-turn crash in a car race. If we can get past the first turn scot-free, then the rest of the gig will be great. That was very important to all of us to be comfortable on those three songs — and it worked. It really did, and it shows in the show.”

Jason went on to choose “In My Time of Dying,” “Nobody’s Fault But Mine” and “Kashmir” as the three songs he’d like to play alongside his dad if given the chance.