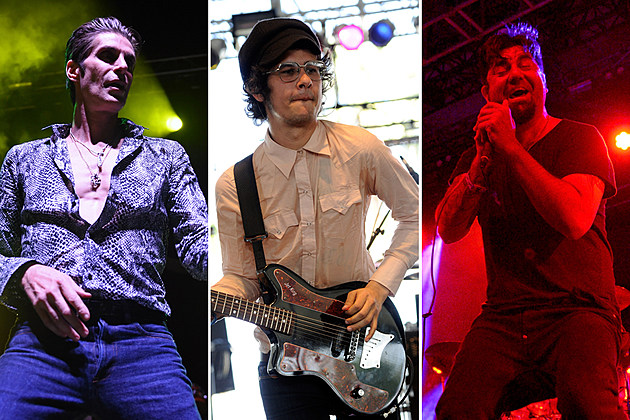 Atlanta will rock this May as the fourth annual Shaky Knees festival will take place at Centennial Olympic Park and International Plaza the weekend of May 13-15. The lineup has just been announced for the festival, with such acts as Jane’s Addiction, At the Drive-In and Deftones near the top of the bill.

Jane’s Addiction earned top line status alongside Florence + the Machine and My Morning Jacket, as the band will be playing their Ritual de lo Habitual album in its entirety during their performance. Meanwhile, At the Drive-In will revive their reunited lineup for more shows in 2016, with the Shaky Knees festival being one of their stops. And Deftones have one of 2016’s most anticipated albums and will be returning to the stage in time for Shaky Knees this May.

It’s an eclectic festival bill, but there is more for hard rock and metal fans than at many music festivals, as you can look for Ghost, Against Me!, The Sword, Eagles of Death Metal, Baroness, the Struts, Kylesa and All Them Witches rocking stages during the music weekend.

In addition, fans can take advantage of the good ol’ southern BBQ and vegetarian friendly corn dogs as well as all the food trucks on hand to get a taste of Atlanta’s best eats.

Ticketing begins this Wednesday (Jan. 13) at 10AM ET with fans being able to purchase 3-Day tickets and VIP packages. For further details on ticketing and lodging, check out the Shaky Knees festival website. 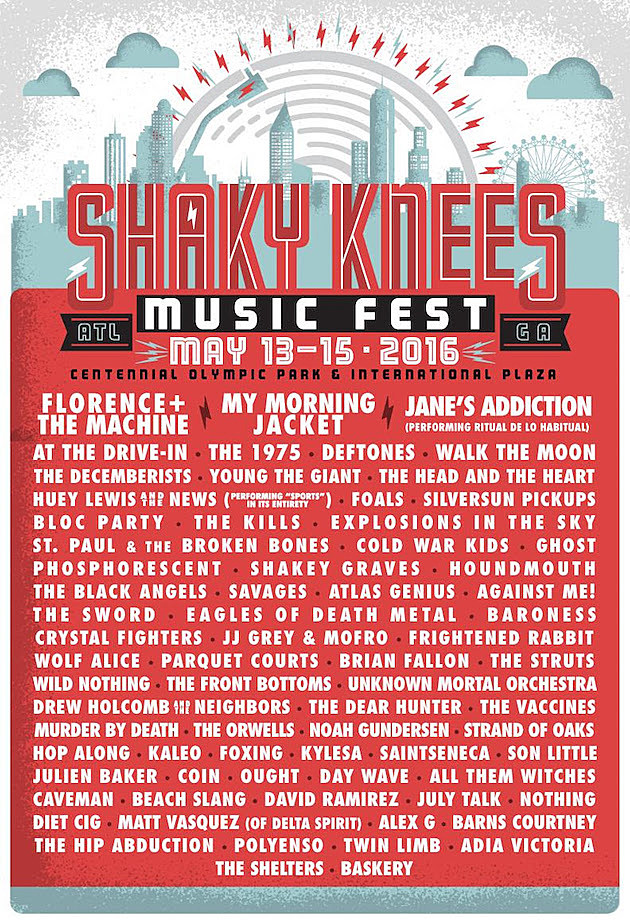