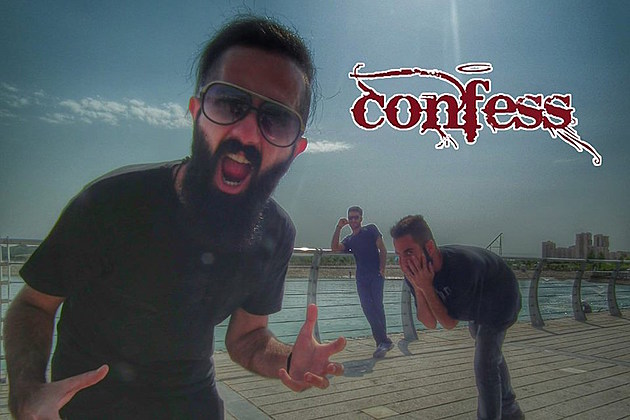 Members of Iranian band Confess have reportedly been arrested for playing metal music. According to a message received by an Asian news source, two musicians from Confess were arrested back in November 2015 and could potentially face execution for charges of blasphemy.

UniteAsia.org posted a letter sent in by an associate of Confess. The author’s name has been censored for his/her own safety. Frontman ‘Siyanor [-13]’ and DJ ‘Chemical’, ages 23 and 21, were allegedly arrested by the Army of Guardians of the Islamic Revolution on Nov. 10, 2015. The charges against the duo read as blasphemy; advertising against the system; forming and running an illegal and underground label in the satanic metal and rock style; writing anti-religious, atheistic, political and anarchistic lyrics; and interviewing with forbidden radio stations.

According to the letter, the two were held in solitary confinement and were held until paying a bail of roughly $30,000 on Feb. 5. All personal email addresses and Facebook pages have reportedly been seized by the government. Looking at Confess’ official Facebook page, the last post was made on Nov. 5, only five days before the two musicians were reportedly arrested.

The individual who wrote this letter did so in hopes that international media would pick up the story and publicize the plight of these two metal musicians.

In Iran, blasphemy law dictates that individuals can be subject to punishments such as prolonged detention, torture and even execution.

Stay tuned as this story develops and listen to Confess’ music in the player below.