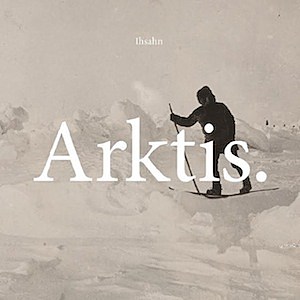 Former Emperor mainman Ihsahn has enjoyed a successful solo career thus far and will be pursuing new avenues of his ambitious efforts. Now on his sixth studio album, the acclaimed musician is set to release Arktis on March 4 via Candlelight. The single “Mass Darkness” has been made available and already signals the departure of the sound of his previous album, Das Seelenbrechen, which Ihsahn promised to be a one-off type recording.

A multi-instrumentalist and brilliant composer, Ihsahn is renowned for his talents and willingness to experiment. “Mass Darkness” opens with harmonized leads sounding more in line with a power metal record than the progressive black metal tinged sorcery he has constructed over the last decade. Considering the mastermind’s propensity for expansive songwriting on each album, it is probably not a sterling indicator of the record’s overall sound. The speeding rhythms propel “Mass Darkness” with its catchy, clean sung “Give in” refrain of the chorus against Ihsahn’s scratchy black metal rasps.

The lyric video (seen below) uses imagery inspired by Norwegian explorer Fridtjof Nansen’s journey to the North Pole in the late 1800s. Commenting on this, Ihsahn said, “The whole atmosphere of facing the cold, immense unknown fits rather good with the general lyrical concept of the entire album. It paints a sense of doubt, hopelessness and frustration yet celebrates curiosity, free will and the choice to avoid conformity. It is, at best, an observance of one’s insignificance in relation to time, nature and space yet each individual’s ability to make things matter even if only to themselves.”

Trivium frontman Matt Heafy recently revealed that his long talked about black metal collaboration with Ihsahn, Mrityu, is finally underway. The two will be recording the album in Notodden, Norway, where each of the four Emperor albums were produced.