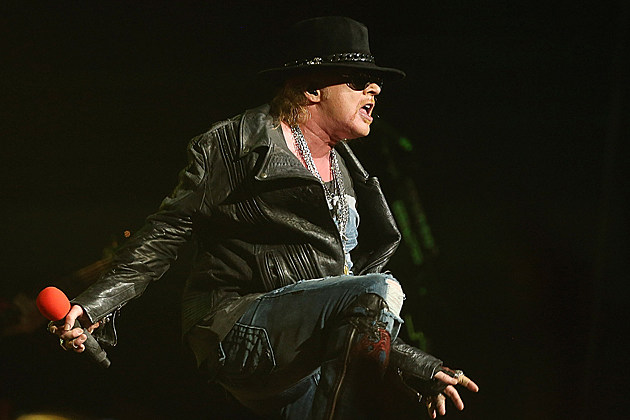 Guns N’ Roses have lit the rock world on fire once again, drumming up hype as if we were still in the late ’80s. With only five performances announced until now, two at the Coachella festival, two in Las Vegas and another in Mexico City, Mexico, the group has continued the double show trend and added a second Mexico City date due to overwhelming demand.

The second date will take place April 20 at Foro Sol, which is the night after the first performance. Tickets will go on sale on Tuesday, Feb. 16, but the most devoted GN’R fans will have a chance to scoop up their tickets before the rest of the frenzied public. Members of the Nightrain fan club will have access to a pre-sale tomorrow (Feb. 12) at 11AM local time. A single use password will be sent out to registered members five minutes before the sale begins and is good for up to four tickets. Any password entered by a non-fan club member will be rejected.

While rumors of a classic reunion swirled ever since Slash announced he and Axl Rose were on friendly terms, the rock world finally got the news they were waiting for for over two decades: Slash had rejoined Guns N’ Roses alongside original bassist Duff McKagan. There have been whispers that Izzy Stradlin and Steven Adler are both negotiating for a role in the reunion, though it is not known in what capacity. Dizzy Reed, Chris Pitman, Frank Ferrer and Richard Fortus are all expected to remain in the lineup, fusing old blood with new in the reunion.

The Rock and Roll Hall of Fame is set to launch its ‘Legends of Rock‘ exhibit on Feb. 26, but will host a special Guns N’ Roses event on Feb. 17 prior to its public launch. Items that will be included in the exhibit include a pinball machine owned by Slash, a signature top hat from the curly-haired guitarist, shirts worn by Axl and Dizzy, a prototype Slash guitar and black leather high-top Converse sneakers from Slash.