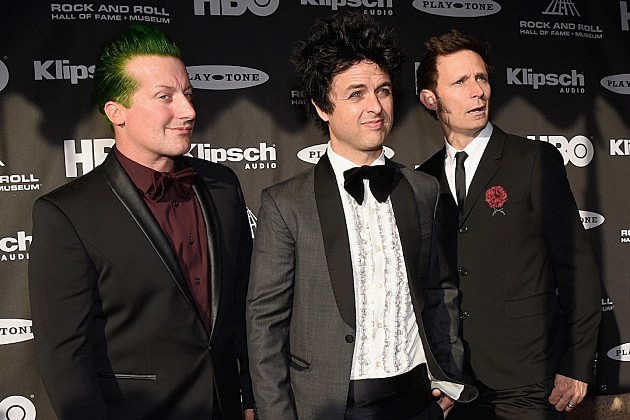 While Green Day are between album cycles, there is something new for their fans to check out. Director John Roecker has a new documentary based on the making of Green Day’s iconic 2004 album American Idiotready for release next month.

The film is titled Heart Like a Hand Grenade and it’s expected to screen in theaters on Oct. 15. Roecker has a history with Green Day’s Billie Joe Armstrong, who voiced one of the characters in his 2006 film Live Freaky! Die Freaky! The director, who has long shared his passion for punk rock, penned a lengthy missive on what first drew him to punk and eventually to Green Day as a subject.

“I went to a small club called The Berkeley Square. There I saw for the first time the band Green Day. When I saw them I knew the revolution had returned,” recalled Roecker. “Later I had met Billie Joe Armstrong the lead singer of Green Day and a friendship began. We would speak on the phone exchanging thoughts and ideas and he was going to be in my film Live Freaky! Die Freaky!, a very controversial film about the Manson murders done in stop motion animation, and he was going to embark on a new musical journey. I told him he should document the recording of the album and he said they had tried and it never worked. I suggested that he set up tripods around the studio and just have cameras run so it would not be too invasive of the process of the recording (I was hoping he would get my hint!). Then I got a phone call on a Friday night and he said he and the band will be in Los Angeles on Monday and why don’t I be the tripod. Thus began my nine months with Green Day.”

The director added, “I would have total access to the band and could film everything. During this time Metallica released their film Some Kind of Monster, a film that showed a band on the verge of artistic collapse and infighting. I told Billie about the film and he thought because there was no drama going on with the band I did not want to continue with the film. I was thinking the opposite. This film does not contain high drama or fighting. It shows a band on top of their game creating incredible music. It is a film that inspires. It is also a very small film. All it took was a box of tapes and one camera. Going back to the D.I.Y. Ethic that I was raised with. It was also a risk for the band because this album was either going to take them to a higher level or sink them. Either way I was going to document it.”

According to Roecker, not only is the making of the album documented, but he also captured a performance that took place at a small theater booked by the band shortly after they finished recording. “This movie is like a fly on the wall art house piece. It is the first time Green Day allowed someone into the studio to film them. I am so happy I answered Billie’s phone call. This was eleven years ago and the film you are about to see has never been seen. It became a lost film, an urban legend in some ways. Some fans thought it was not real that it was some sort of prank the band and I created. And finally the little film that could is being released.”

Stay tuned for additional details on when and where the screenings of Heart Like a Hand Grenade will take place. 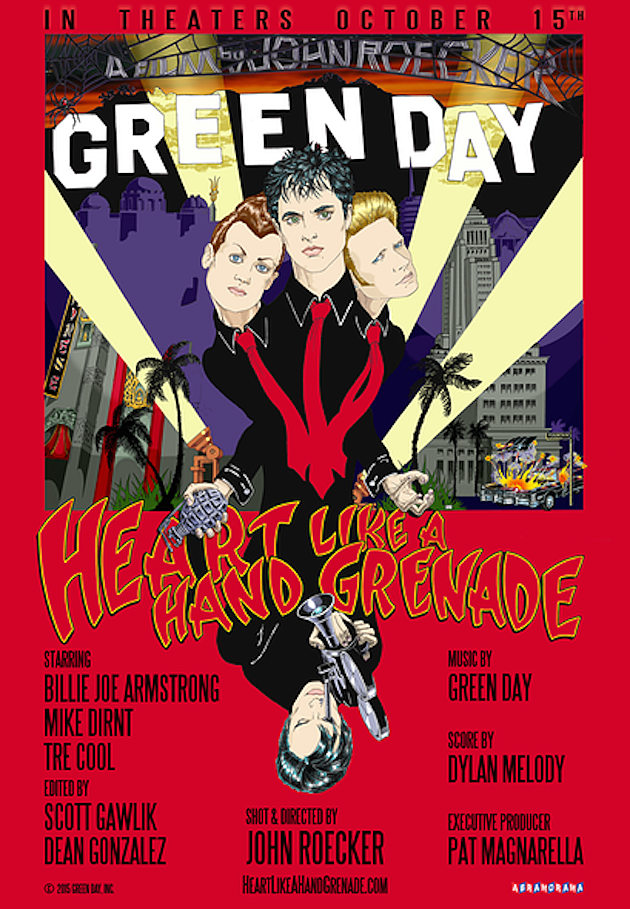