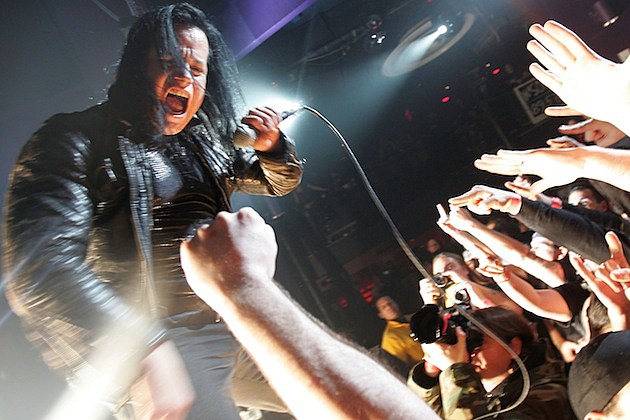 While details about what his appearance on IFC’s Portlandia will entail are scarce, it looks as though Glenn Danzig is the latest rocker to show his sense of humor while appearing on the Carrie Brownstein and Fred Armisen sketch show.

Brownstein revealed the news in a photo tweet in which she and Armisen are decked out in goth makeup, flanking Danzig who has unbuttoned his shirt and raised a glass in a toast to the camera. Brownstein captioned the shot, “Summer Goths. With Danzig. Dreams (nightmares?) do come true. #Portlandia.”

Brownstein, who made her name as a musician with indie rockers Sleater-Kinney, and Armisen, who leads the Seth Meyers late night house band, have used their music ties to welcome a number of musical guests making cameos on the comedy series. Eddie Vedder, Josh Homme, Jack White and many more have appeared on the show since it debuted in January of 2011.

Portlandia completed its fifth season in March, but has already been picked up for seasons six and seven. It’s expected that the Danzig appearance would take place during the upcoming sixth season.

And getting the onetime Misfits leader is definitely a coup for the duo, who professed their love for Danzig several years ago in a Paper Magazine video that can be seen below.