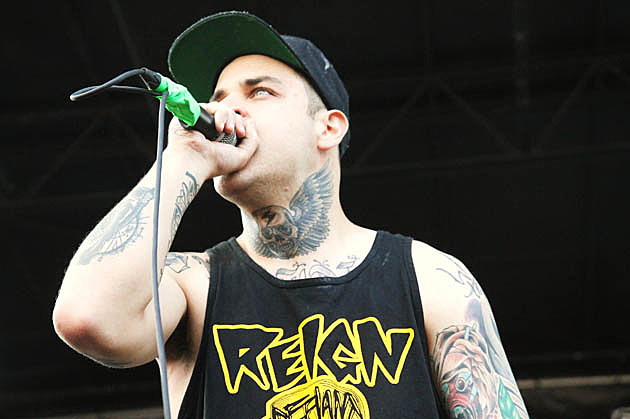 After the mass exodus of four out of five Emmure members that was announced publicly this week, the band’s status going forward was being questioned by fans. However, the only remaining member of Emmure, vocalist Frankie Palmeri, has promised “this is not the end of Emmure,” having already assembled a new lineup of the band.

Former Emmure bassist Mark Davis became the unofficial spokesperson for the four departing musicians, insinuating that internal conflict led to the members leaving. “The most important thing I have to say about all this is that there is no time or room for negativity in life,” Davis shared. “If someone is bringing you down or holding you back from your full potential, it’s time to cut them out, no matter how much you may love them.”

Frankie Palmeri took to Emmure’s Facebook to write about the band’s future:

Well I think I have left you all waiting in suspense long enough. I want to first start out by saying the amount of positive support I have gotten since this news broke has been incredible , and I am so thankful to have so many true fans stand behind me during this time. As far as the future goes I am happy to tell you all that this is not the end of EMMURE.
There is in fact a new line up right now and we are currently working on a new studio album. Details about all of that will come to light as the weeks and month progress, but do know that there is something to look forward to. You can expect us to be making up for lost time next year as we start our first tour dates in Europe and will eventually make our way back to the USA near the end of 2016. Also know that we will embark on many other international stops so if you are reading this anywhere in the world you can expect to see us at some point next year.
Thank you all so much for your love and support. Stay tuned.
Frankie.

A new studio album is also being worked on by the four former Emmure members, who are starting a band of their own.