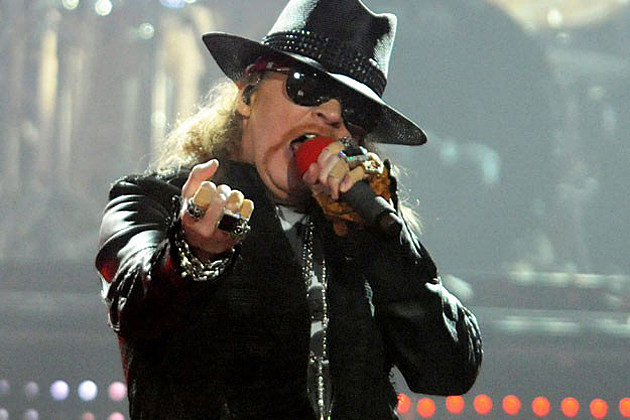 The pairing of Guns N’ Roses with acclaimed music manager Irving Azoff did not end well, with Axl Rose filing suit against Azoff claiming that he sabotaged the band’s success as a way to force Rose into a reunion with his former bandmates. The two sides eventually parted ways, but in a new interview Azoff addressed his thoughts on the Guns N’ Roses reunion with former members and his role with Rose.

Speaking with the New York Times, Azoff stated, “I would never go to an artist and say, ‘I want you to reunite.’ If he had asked me if I thought it was a good idea, I would have said yes. But by the way, nobody tells Axl to do anything. He does what he wants to do.”

Azoff went on to state, “Slash and Duff McKagan are terrific people. Axl is a complicated individual that I wish nothing but success for. I think this is a good historical moment that the public deserves to see. I hope it happens.”

While the full Guns N’ Roses lineup performing this year has not been revealed, it has been widely rumored that Richard Fortus, Frank Ferrer, Dizzy Reed and Chris Pitman will be joining Axl, Slash and Duff on tour. There have also been rumors about negotiations with Izzy Stradlin and Steven Adler for appearances, but nothing has been confirmed.