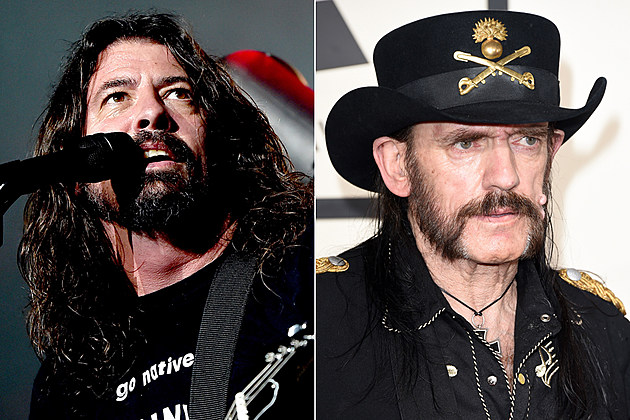 There have been lots of words spoken about Motorhead‘s Lemmy Kilmister over the last few days, but Foo Fighters frontman Dave Grohl chose to go a little deeper than verbal expression in showing his love for the late musician. He got some fresh ink.

As displayed on Instagram by a tattoo artist, Grohl decided to get an “Ace of Spades” tattoo on his left forearm to pay homage to his longtime friend. Check out the photo posting below.

Foo Fighters were among many acts offering their thoughts on the death of Lemmy via social networking. In a tweet, they wrote, “We’ve lost a friend & legend. My heart is broken. RIP Lemmy. Born to Lose, Lived to Win,” while attaching a video of Motorhead’s “Stay Clean” from the Overkill album.

Grohl and Lemmy became quite close over the years. The Motorhead leader was one of the artists who responded when Grohl started pushing around some crushing instrumental pieces to his metal heroes in hopes they would write lyrics and contribute. That turned into his Probot project and Lemmy turned up on a track called “Shake Your Blood.” “I wrote the lyrics in about ten minutes,” said Lemmy to Rolling Stone at the time. “It’s rock ‘n’ roll, you know. It’s not one of those complicated things.” Lemmy would go on to join Grohl in the video for the song, which can be seen below.

The camaraderie would continue over the years, with Lemmy making a memorable performance as the limo driver in the Foo Fighters “White Limo” video. The song was featured on the band’s 2011 disc, Wasting Light. That clip is also featured below.

And just earlier this year, Lemmy was the final special guest to turn up at Dave Grohl’s birthday bash at the Fabulous Forum in Inglewood, Calif. The night found the Foo Fighters playing with the likes of everyone from Paul Stanley to David Lee Roth to Trombone Shorty, but the finale featuring Lemmy on vocals while Zakk Wylde and Slash joined the Foo Fighters in covering Chuck Berry’s “Let It Rock” brought the house down.