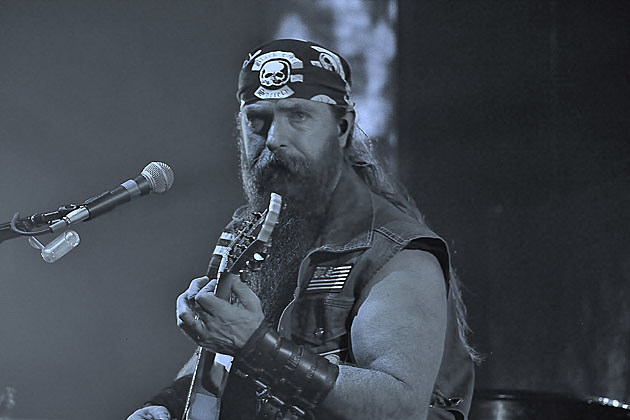 The terrorist attack in Paris on Eagles of Death Metal‘s show at Le Bataclan was yet another sobering reminder of how vulnerable those in the public eye can be. During a recent chat with Black Label Society‘s Zakk Wylde, AMFM Magazine broached the subject with the guitar great, asking if he felt more vulnerable after instances like what happened in Paris or Dimebag Darrell‘s death a decade prior.

“I don’t think anybody thinks about it. It’s like guys that drive a racecar. I think you just get in the racecar and go, you know what I mean,” stated Wylde, who added, “It’s just really insane with the thing that just happened in Paris and Dimebag thing and the John Lennon thing. You can’t stop mental illness.”

He continued, “It’s crazy that the Dimebag thing happened the same day as John Lennon. The one guy said that Dimebag broke up the band [Pantera] and stole his songs and the guy with John Lennon figured he would kill him, get his fame, and get a date with Jodie Foster. It’s like, ‘Bro, I don’t know if any chicks are going to want to date you now.’ [Laughs] You can’t stop crazy.”

The rocker concluded, “If it’s not guns, we’ll be banning samurai swords or whatever weapon you can get. It’s pointless, man. And the thing that happened in Paris, it’s ridiculous, man. If you’ve got a problem with America, get an army together, and try and come over and whoop our ass then instead of this punk s–t.”

During the chat, Wylde also revealed that he’s in the midst of working on a follow-up to the primarily acoustic 1996 Book of Shadows solo album. “We’ve knocked down all the basics,” says Wylde. “Whenever I get a break, I come back and knock out a couple of songs. It’s the weirdest record because I’ve never done one like this with the stop and start, start and stop.” He added that after the Book of Shadows disc and corresponding tour wrap, he’ll be ready to make another Black Label Society disc.