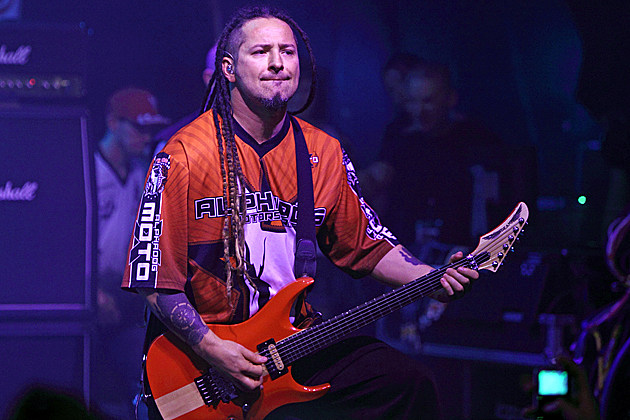 Five Finger Death Punch guitarist Zoltan Bathory and bassist Chris Kael will be putting on their bowling shoes this weekend as they participate in the Down Syndrome Bowl-A-Thon’s 2016 Tour of Champions.

The event will be held this Sunday, Feb. 21 at the Boardwalk Bowl Entertainment Center in Orlando, Fla. In addition to bowling with fans, Bathory and Kael will help bring awareness to the event and donate items for a silent auction.

Bathory says, “We are in the fortunate situation of being able to do what we love to do and fulfill our dreams, but we didn’t get here alone. We haven’t forgotten where we came from, and it is our duty to give back by leveraging our success and ultimately providing meaningful support & assistance to those in need.”

Last year’s Bowl-A-Thon raised $225,000 for the Down Syndrome Foundation of Florida, and this year’s goal is to raise $250,000. 5FDP have supported numerous charities and causes over the years, including running suicide prevention and PTSD awareness campaigns and have also raised money for veterans. They recently received the Soldier Appreciation Award from the Association of the United States Army.

Five Finger Death Punch have a lot of touring planned this spring and summer in support of last year’s Got Your Six album. They’ll be playing numerous festivals in the U.S., and also have a three dates with Shinedown in May. In April they head to Australia for several shows. For their complete tour schedule, go here.