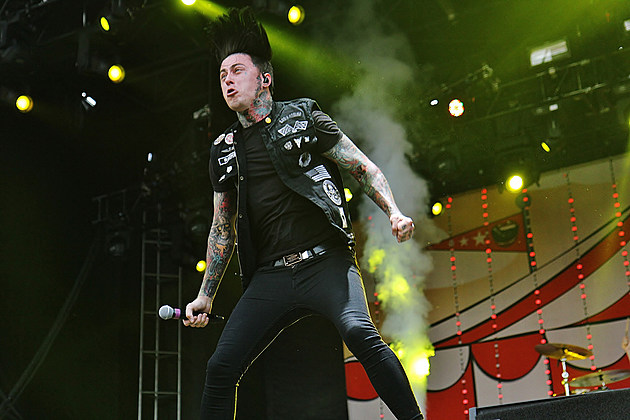 Falling in Reverse just released their Just Like You album in February of 2015, but it looks as though a new disc will be hot on the heels of that release. Singer Ronnie Radke spoke with Alternative Press about the band’s next release, which it appears they already have a jump on, and explains that it may not be what fans are expecting.

“It’s a huge left turn,” says Radke in the current edition of Alternative Press. “It sounds like nothing we’ve ever done. Every song is very vibey. There’s more feeling in it instead of a lot of metal. We’re trying to make the sound that we’ve never done before.”

The vocalist continued, “We’re challenging ourselves now more than we ever have in the weirdest ways possible, because you would think writing the craziest solo or riffs would be the challenging part. But the challenging part is trying to stick to a theme and not go all over the place like we would normally do.”

Not only will the band’s sound be a little different, but so will the lineup. In early November, Falling in Reverse revealed that longtime guitarist Jacky Vincent was leaving the band. Soon after, the band hit the stage with Christian Thompson filling the void on guitar.

The quick turnaround should not be viewed as dissatisfaction with the band’s previous release. In fact, Just Like You turned out to be one of the band’s deepest albums to date, yielding the singles “God, If You Are Above,” “Guillotine IV (The Final Chapter,” “Stay Away,” “Sexy Drug” and the title track. Stay tuned to see what 2016 brings from Falling in Reverse.