Get ready to meet CyberStar, the new collaborative effort featuring Drowning Pool vocalist Jasen Moreno, Fozzy guitarist Billy Grey and Allele drummer Dusty Winterrowd. The band recently formed and has just released their first song, a track called “Eye for an Eye.” Check out the lyric video in the player above.

Moreno and Grey connected while their respective bands were touring together in Europe and decided to do something during their downtime. They started writing songs and later added Winterrowd to the fold as well.

As for the name CyberStar, it comes in part because of the nature of their collaboration, as the trio has worked “cyberly” in putting their music together. An EP is expected soon, but “Eye for an Eye” is now available as the first taste of new music from the band.

“‘Eye for an Eye’ is a tune about not taking any s–t and staying strong and never giving up,” says Grey. You can pick up the track via iTunes. Look for their new EP arriving early next year, also featuring the song “Floods.” The band is also in the process of booking a tour, so keep an eye out for dates coming soon.

2016 is looking like quite the busy year for Moreno as his other band Drowning Pool recently inked a new record deal with eOne Music. Their new album, Hellelujah, is expected to arrive in early 2016. 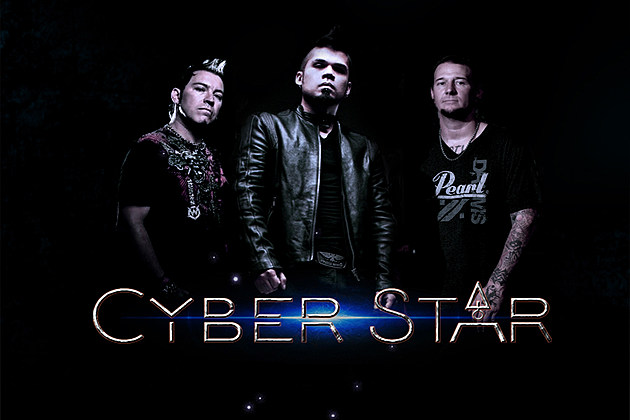