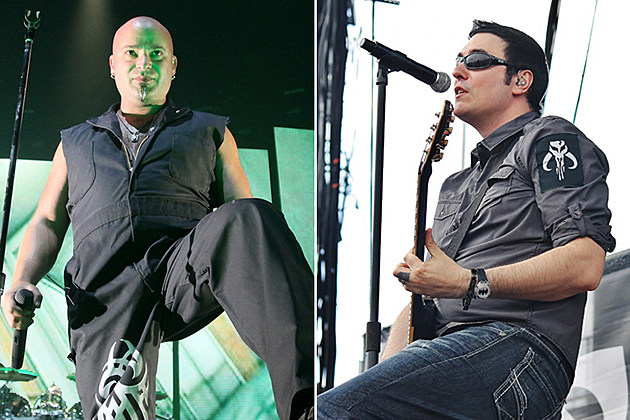 Disturbed and Breaking Benjamin have just announced a co-headlining tour set to kick off this summer. A total of 24 cities have been revealed while Alter Bridge and Saint Asonia have been chosen as opening acts.

Just a few days ago, Disturbed vocalist David Draiman surprised fans by joining Breaking Benjamin onstage during the band’s Feb. 4 gig in New York City. BB and Draiman took part in a joint tribute to the late David Bowie by performing the rock legend’s classic collaboration with Queen, “Under Pressure.” Our exclusive video of the tribute has amassed over 120,000 views, so obviously the combination of Disturbed and Breaking Benjamin is one that fans love!

“Adding to our already extensive tour schedule this year, we’re excited to announce that we’re heading out on a co-headline tour this summer with our friends Breaking Benjamin,” state Disturbed.

Venue info will be announced along with additional cities and sale dates in the coming weeks. Tickets for the cities listed below will go on sale Feb. 26 at Live Nation.