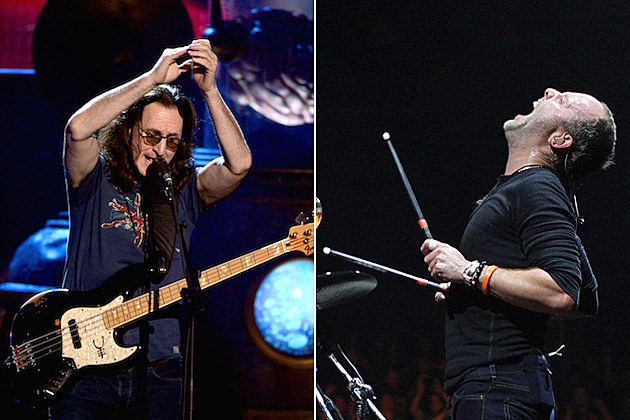 In 1986 Rush and Metallica were representing very different ends of the rock/metal spectrum. Having gradually lowered themselves into the AOR synthesizer-dominated musical waters, Rush were almost neck deep while Metallica were getting faster and heavier with each release. The two worlds almost collided in the mid-’80s as Geddy Lee and the yet-to-be kings of thrash discussed working together and having Lee produce their follow-up to Ride the Lightning.

When Noisey asked about the old rumor, the Rush frontman replied, “It’s sort of true. There was some discussion [with Metallica drummer Lars Ulrich], back in the day, about working with them. This was before Master Of Puppets came out, I think. There was talk, you know.” Detailing his connection with the band, he went on, “I was friends with their management, and I met Lars back in England. I remember going to see them here in Toronto when they played at the Masonic Temple. That’s when the original bass player [Cliff Burton] was still happening. You know, before that tragedy. And, you know, we talked about it, and I liked their band a lot at that time. But it just never came together.”

Admittedly, Lee isn’t a big fan of metal and he continued, saying, “I don’t listen to a lot of metal. Even though there’s an aspect of our sound that can be quite metal, I sort of attribute it more to early metal, in the way that [Led] Zeppelin were metal and in the way that Black Sabbath were metal and Blue Cheer were metal. And that’s the sort of tradition of metal that we took on.” Circling back to the thrash act, he stated, “I like Metallica. I’ve got great respect for them. But you won’t hear too much speed metal or death metal in my house.”

Though Master of Puppets only reached No. 29 on the Billboard 200 chart, the album has been certified platinum six times by the RIAA since its early 1986 release. The album contains some of the Metallica’s biggest songs, including the monstrous title track, “Battery,” “Welcome Home (Sanitarium)” and the epic instrumental “Orion.”

Here, Lee is focused on the past, but recent issues have thrust the question of Rush’s future into the spotlight. The band’s drummer, the iconic Neil Peart, recently made allusions to the fact that he has retired after much speculation that Rush would be scaling back the demanding regimen of their tours. The next day, Lee said Peart’s words were taken out of context. For now, the future of Rush, or at least their touring, hangs in the balance.