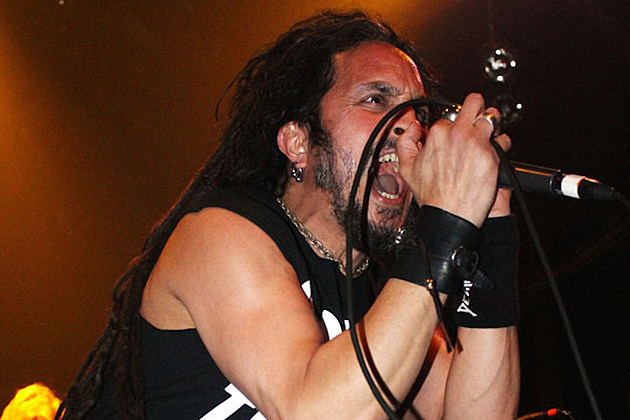 Death Angel have been on a hot streak since releasing The Art of Dying, their 2004 comeback album. The record was a throwback to their early sound, heavy on speedy rhythms and their ever-present melody. Gradually intensifying their sound, they truly started to break their mold over the last two albums and singer Mark Osegueda promises their upcoming album will follow suit.

“We just finished recording at Audio Hammer in Sanford, Florida with [producer] Jason Suecof again,” the singer began telling SF Weekly. Speaking about their previous experience with the renowned producer, Osegueda continued, “It’s the third time we’ve used him, and we couldn’t really be happier. This time, all the music was written and lyrics were written with the exception of one song which I purposely saved to write on the spot. Sometimes you can get a great vibe from a studio and draw inspiration from that.”

Shedding some light on the successor to The Dream Calls For Blood, he detailed, “We’re looking at an April 2016 release date and songs include ‘Father Of Lies’ and ‘Lost.’ I can’t tell you any others just yet, though. It’s got the aggressiveness of the last two records, but our songwriting has improved dramatically. Really, it sounds like Death Angel should.”

Death Angel released their A Thrashumentary DVD earlier this year. The retrospective chronicled the career of the band that started at such a young age; Osegueda was just 19-years-old and drummer Andy Galeon was a mere 15. In an exclusive interview with Full Metal Jackie, the frontman reflected on their career-spanning DVD stating, “I really do love watching the early footage, especially us live onstage and just watching us. I knew I loved it then but it just went by so fast so to re-watch it over and see the live footage, it’s something else.” Continuing, he added, “It takes me back to that club, whether it be in Connecticut, or whether it be in Tilburg, Netherlands, and it reminds me of the shows and how absolutely incredible the times were and how quickly the time seem to fly by back then.”

Be on the lookout for new music from the legendary thrash quintet heading into 2016.

10 Best Thrash Albums NOT Released By the Big 4