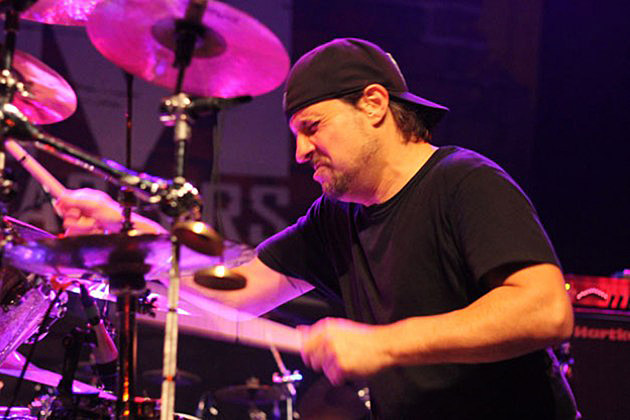 Dave Lombardo played with Philm years before he exited Slayer in 2013. Lombardo has been no stranger to balancing multiple projects at once, but as Lombardo himself told us last year, Philm was his No. 1 priority. However, things recently fell apart with Philm bandmates Gerry Nestler (guitar) and Pancho Tomaselli (bass).

Lombardo was asked about his leave from Philm during an interview on comedian Dean Delray’s Let There Be Talk podcast (heard in the player below). Dave declined to go into detail, but he offered a few hints of info. “I’m not gonna talk about it. They didn’t want me to promote the band while I was with them, and I’m certainly not gonna do it when I’m without them,” Lombardo said. “I don’t wanna talk about it anymore. Yeah, so I just said, ‘See ya!’”

Lombardo also revealed his Philm bandmates wanted a style change on drums. “[They said] ‘Don’t play hard. We want you to play a little softer.’ I said, ‘Nope.’”

Dave Lombardo has been keeping busy as of late, forming the new “brutal punk” band called Dead Cross. The group played its first shows in December 2015 with Lombardo bashing his drum kit hard as ever. Check out footage of Dead Cross here.