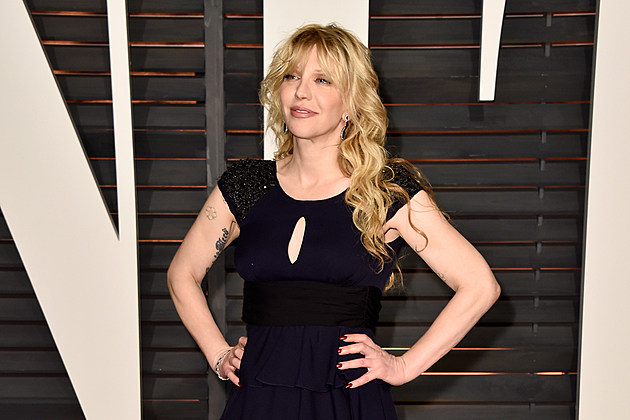 The holiday season can conjure many emotions. In Courtney Love‘s case, she looked back at one Christmas she shared with Kurt Cobain and daughter Frances Bean Cobain, offering a message to both family members in the process.

Kurt Cobain and Courtney Love got to spend two Christmases (1992 and 1993) as a family with Frances before Kurt’s suicide in 1994. Love’s new letter to Kurt, though addressed to Frances at the very end, thanks the Nirvana frontman for giving her Frances, “the gift that makes life worth living.”

That Christmas moment in everyones lives that you never forget, the one that makes you feel on top of the world, where the greatest gifts are the loved ones you shared that moment with. Well this is mine, I’m grateful to have ever experienced that moment. Merry Christmas Kurt, the greatest true love I’ve ever experienced in my life. You gave me the gift that makes life worth living, our incredibly talented, loving, beautiful and gifted daughter Frances Bean Cobain. Merry Christmas Bean, love mom and dad ❤🎅👪

Courtney actually seemed to spend Christmas evening with the one and only Carrie Fisher, who played Princess Leia in the first three Star Wars movies:

best way to wrap up the Christmas evening, snuggling with Princess or now General Leia herself @carriefisher #girlstuff #carriefisher ❤🎅💕 A photo posted by Courtney Love Cobain (@courtneylove) on Dec 25, 2015 at 8:49pm PST

Frances Bean tweeted out a Christmas greeting of her own. Among those she sent love to include former My Chemical Romance singer Gerard Way and his wife, Lyn-Z, who also plays bass for Mindless Self Indulgence. Courtney Love, however, is not mentioned:

See the Yearbook Photos of Kurt Cobain + Other Rock Stars

Courtney Love Confirms She and Kurt Cobain Made a Sex Tape