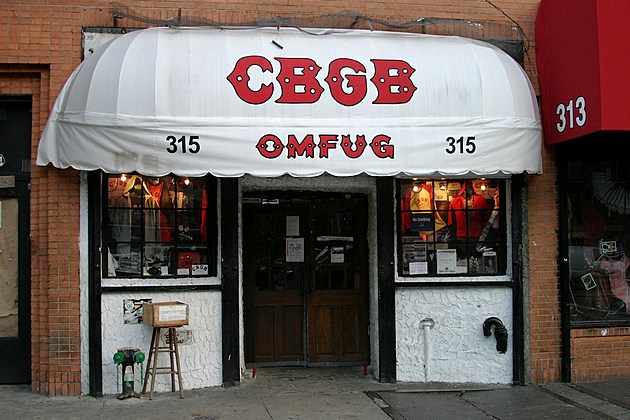 An official CBGB restaurant is opening at New Jersey’s Newark Airport. And no, you won’t be allowed to piss on the bathroom walls.

CBGB was the mecca of punk rock back in the 1970s, basically becoming the birthplace for New York City’s underground punk explosion. Bands like the Ramones, Blondie, Talking Heads, Television, Patti Smith and many others became legends thanks to the CBGB scene in one of the most organic musical revolutions in rock history. Forty years later, CBGB will sell $42 prime rib to passengers waiting to board their flights.

Punk fans aren’t taking the news too kindly. CBGB’s closing in 2006 hit lifelong punks straight in the heart, as did venue owner Hilly Kristal’s death in 2007. In 2012, a company acquired the CBGB trademark, which led to the CBGB restaurant now being constructed at Newark.

The restaurant will play on CBGB’s ‘OMFUG’ lettering found on the venue’s signature awning, but instead of the five-letter abbreviation (the meaning of which varies depending on who you ask) the restaurant’s awning will show ‘LAB’ for ‘Lounge and Bar.’ Another significant change is the absence of Hilly’s Chili, which was cooked in the presence of the owner’s pet rat and served to those brave enough at the original CBGB.

According to Gothamist, CBGB LAB may be opening as early as the end of 2015.

Top 25 Punk Albums of All Time