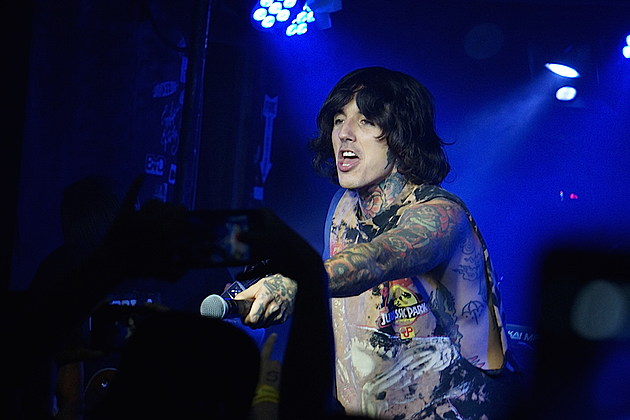 A few weeks back, Coldplay revealed the album art for their upcoming disc A Head Full of Dreams, and the artwork looked a little familiar to a number of hard rock fans. The group had chosen a multi-colored translation of the “Flower of Life” geometric pattern, but Bring Me the Horizon fans immediately noticed the similarities to the band’s Sempiternal disc, which led frontman Oli Sykes to stating on Twitter that Coldplay was “jackin’ our steez.”

Sykes is now speaking more about the similarities and while he admits that it’s possible the band was unaware of their previous album art, a simple online search should have tipped them off. “At the end of the day, it’s not our symbol, it’s a very old symbol,” Sykes told NME. “They might not have known at first, but obviously if you google ‘flower of life,’ the first thing that comes up is Bring Me the Horizon Sempiternal. It’s like if you Google the images, someone’s gonna have said something to them, so whether it was intentional or not, it is the same.”

However, Sykes appears to have warmed a bit to the idea that Coldplay are using the symbol, adding, “It’s not ours. It’s kind of cool really. It’s a cool thing that a band that big are also gonna be sharing that with people.”

If you’re wondering why the vocalist feels a little protective of the symbol, he explains, “It represents everything … for me it was something that I’d never seen before. I’d never even heard about it and as soon as I did, I saw it everywhere, in weird things and weird places and weird times. I’m not like a superstitious but I kind of am in a way … I guess I enjoy the kind of coincidence and all that stuff, so that symbol was just something that I guess just started cropping up a lot and that’s one thing that how I met my wife now. She was like, ‘No way, I would actually get that tattooed,’ when I showed her the artwork. Mine’s on my leg.”

Bring Me the Horizon’s Sempiternal album was a key one in the band’s career and saw them reach new heights in 2013 and 2014. The group has since moved on to the follow-up, That’s the Spirit, which was released in September. As for Coldplay’s disc, it arrives in December. 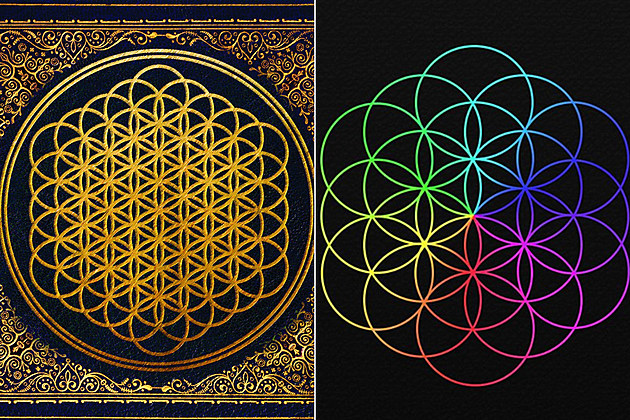 Bring Me the Horizon Play ‘Wikipedia: Fact or Fiction?’